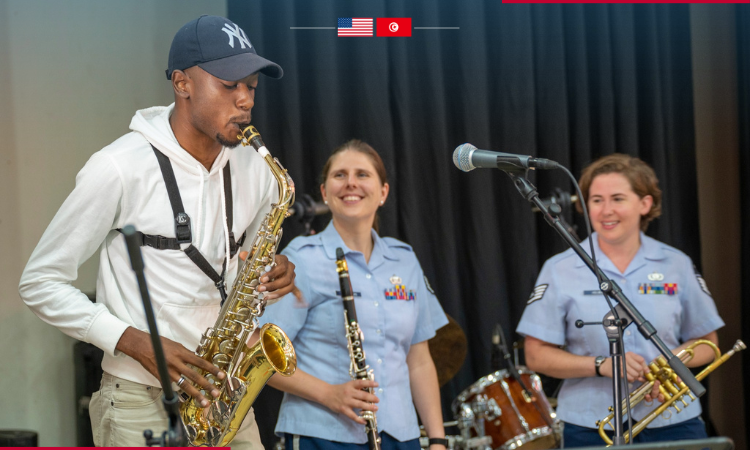 Last week, the United States Air Forces in Europe (USAFE) ‘Wings of Swing’ music band visited Tunisia as part of the U.S. military delegation at the Air Show International Aerospace & Defense Exhibition (IADE) in Enfidha. While in Tunisia, the ensemble performed a wide spectrum of American music at the Higher Institute of Music in Sousse, at Skifa el Kahla in Mahdia, and at the Center of Arab and Mediterranean Music in Sidi Bou Said in Tunis. The band has also the opportunity to visit SOS Akouda where they performed for the children.
Since 1943, The United States Air Forces in Europe band had a mission to expand partnerships, and foster trust and friendship between the United States and populations across Europe and Africa. Through numerous radio and television broadcasts, and over 300 annual live performances, the Band showcases the American culture and helps to bring nations together through music.