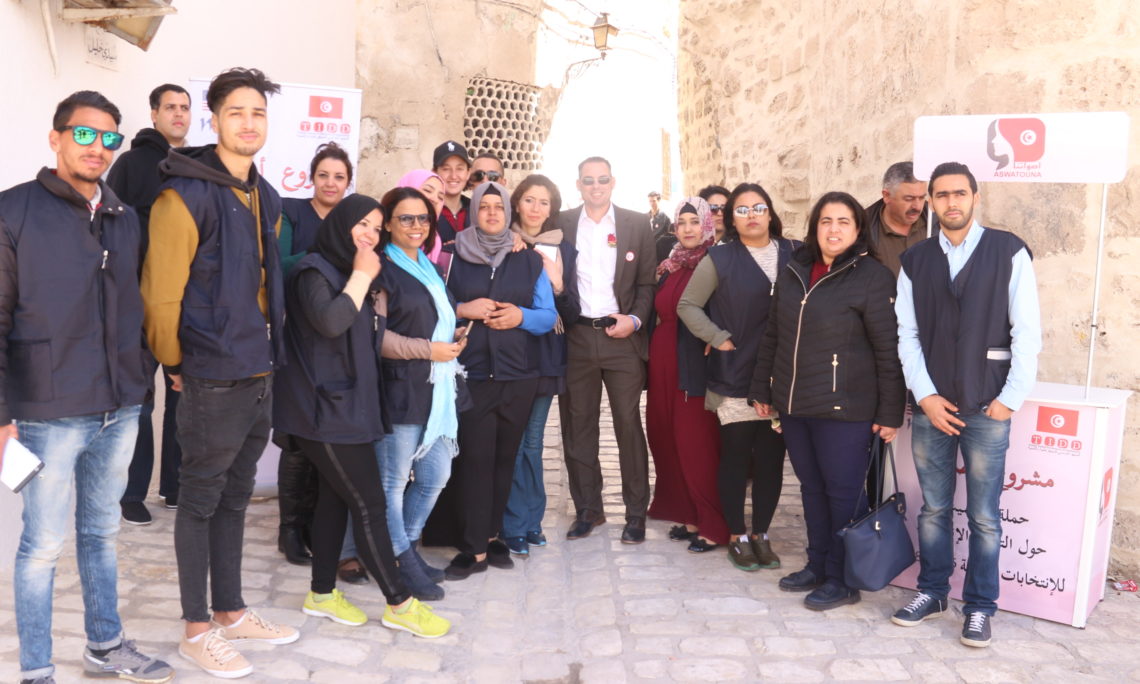 In the framework of its Middle East Partnership Initiative (MEPI) funded project, the Tunisian Institute for Democracy and Development (TIDD) conducted its first voter outreach campaign in Mahdia on March 22.  The event gathered volunteers from the governorates of Beja, Kef, Seliana, Jendouba, Bizerte and Mahdia.  The activity took place in the medina of Mahdia where volunteers used a web collector tool to gather data about the citizens, their registration status, their knowledge of the municipality roles and responsibilities, etc.  This data will be communicated to the elected municipality councils and the ISIE after the elections.  The overall objective of the project is to raise awareness on the importance of voting during the upcoming municipal elections and educating potential voters.