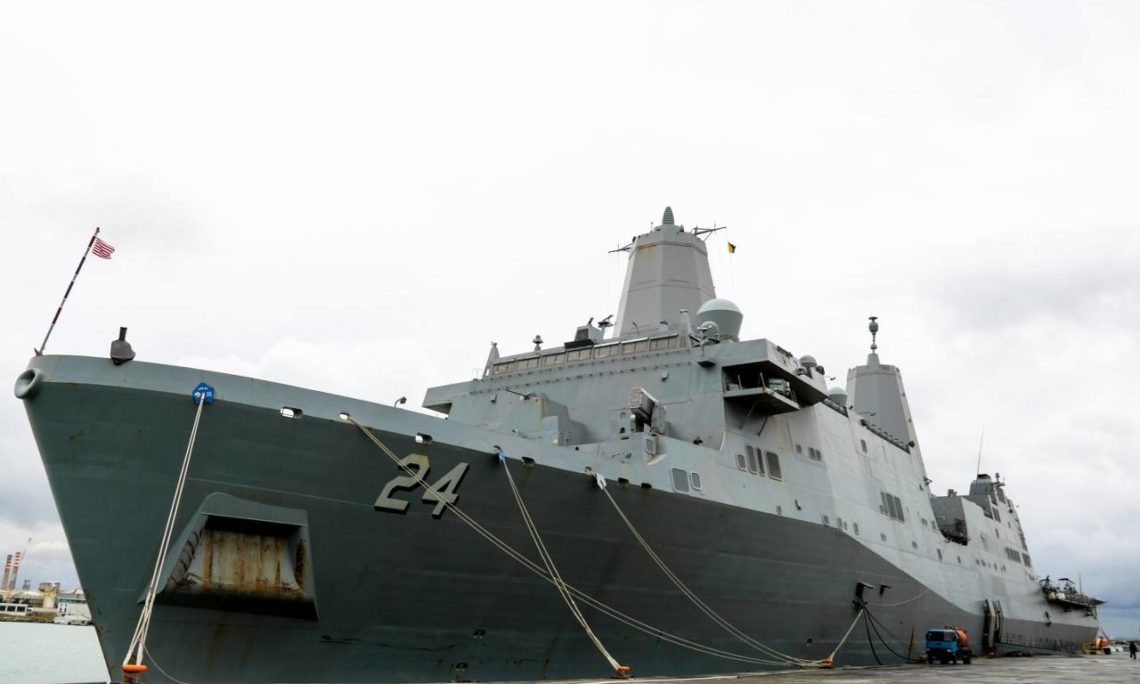 The United States Navy ship USS Arlington and its 1,063 crewmembers visited Tunisia this week (March 21-24, 2019).  The visit was part of the longstanding maritime partnership between Tunisia and the United States.  Tunisian Navy officers met with the ship’s captain and leadership, and Tunisian government officials and journalists were welcomed aboard for a tour of the ship.

The United States and Tunisia share a commitment to peace and stability.  The U.S. Ambassador to Tunisia, Donald Blome, noted that “The United States and Tunisia are close partners, friends and allies.  We have successfully confronted security challenges together in Tunisia and elsewhere in the region, and our military and security cooperation is robust and for the benefit of both countries.  The Arlington’s visit is a public demonstration of our cooperation and partnership, and of our common interest in maritime security in the Mediterranean.”

The USS Arlington is named after Arlington, Virginia, which is home to the Pentagon.  Steel taken from the Pentagon after the September 11 attacks is displayed aboard in the ship’s museum.  It weighs 25,300 metric tons, is 208 meters long, and 32 meters wide.  The ship is powered by four 10,000 horsepower, 16 cylinder diesel engines.  It is based in Norfolk, Virginia, and has been in operation since 2012.