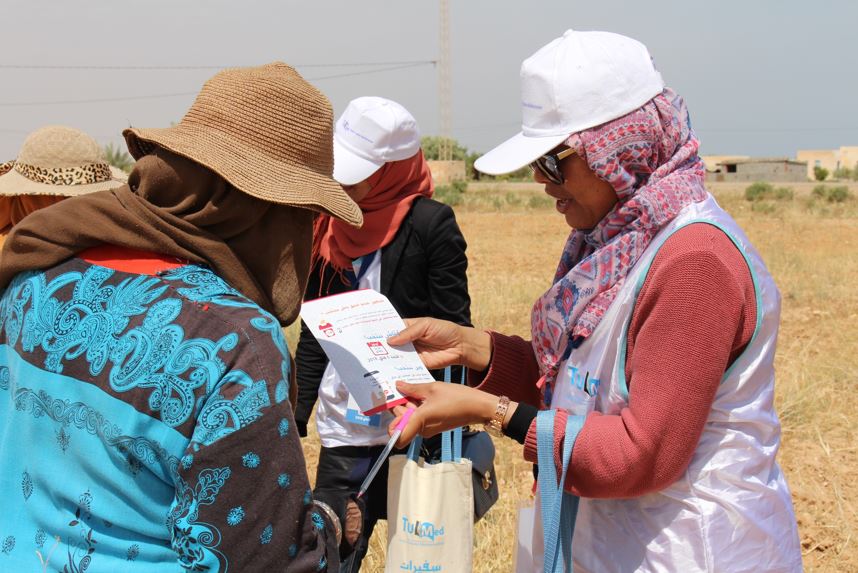 Women in Tunisia, particularly rural women, face a number of challenges to civic and political participation. According to the National Institute of Statistics, 65 percent of Tunisian women living in rural areas drop out of school at an early age, contributing to an illiteracy rate of over 30 percent within this population. Illiteracy, along with other social and cultural barriers, leads to their low electoral participation and further marginalization.

Under the USAID’s Domestic Election Monitoring in Tunisia (DEMT) program and in an effort to enfranchise illiterate women residing in rural areas, the International Foundation for Electoral Systems (IFES) partnered with the Tunisian Mediterranean Center (TU-MED) to train and deploy women ambassadors in governorates with the highest illiteracy rates to encourage women, especially illiterate women living in remote and hard-to-access areas, to register and vote in the May 6, 2018, municipal elections and provided them with information on registration and voting procedures.

Not only did the activity encourage some women to vote, but it also inspired them to become more engaged in civic affairs and gave them the confidence to be active citizens in their communities.

The campaigns’ success was possible thanks to the hard work and commitment of women outreach ambassadors trained by IFES, who traveled the roads of Tunisia engaging women and empowering them to vote. The ambassadors also found themselves transformed by the experience, honing their communication skills and becoming active figures in their regions.

As demonstrated by the high voter turnout of rural women reached through the registration and mobilization campaigns, as well as the testimonies of the women ambassadors and beneficiaries, face-to-face outreach is an effective approach to mobilizing voters.

Furthermore, face-to-face outreach creates enduring transformations in both the rural women and outreach ambassadors. As a result of the campaigns, they were more willing to vote, more civically engaged and eager to become leaders in their own communities. A rural woman concluded, “the campaign helped me to be more active in my region. Even though I am not educated, I want to be active and contribute to raising awareness in women and girls in my region to vote and to make changes.”