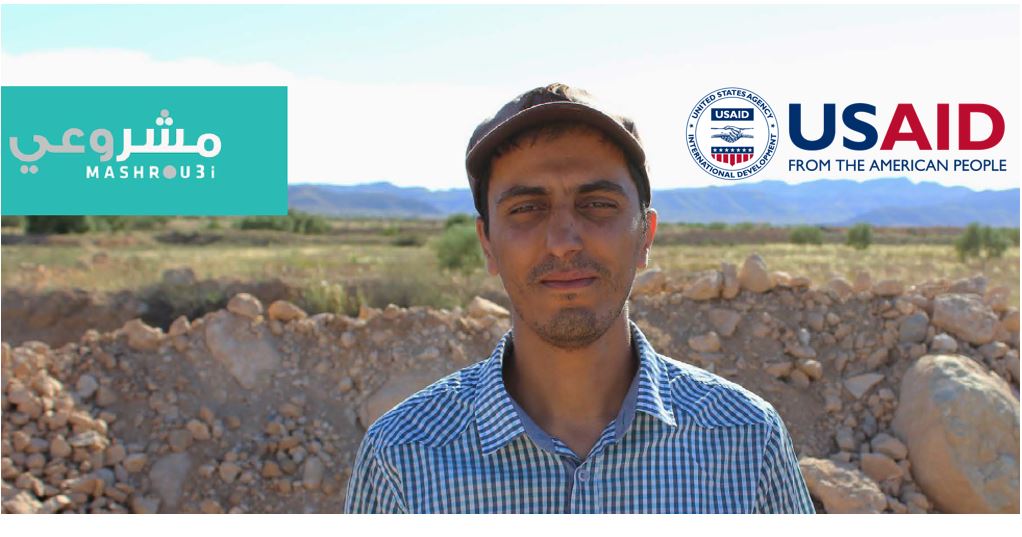 Entering professional life for Slim Essid has not been easy. After graduating from high school in Economics and Management in 2003, he started studying at the Rades Institute for Higher Technological Studies (ISET) which he gave up to become a seller of handicrafts in the city of Medenine. In 2007, he embarked on other professional projects. 5 years of instability followed during which he tried different jobs, from car mechanics to commercial sales. In 2011, he decided to resume his studies and started a degree in Management, Accounting and Finance, which he successfully obtained in January 2017. This led him to the birth of his project: the cultivation of the superfood spirulina.

“I got the idea for my project in 2014. I come from a family of farmers and I’m passionate about agriculture. After watching a TV show and doing some research on the Internet, I became interested in hydroponic cultivations (vertical farming), especially the production of spirulina, a dried micro-alga used as a food supplement. There are not many people producing spirulina in Tunisia so I approached various spirulina farmers abroad, who guided me towards the Swiss foundation “Antenna Technology” engaged in scientific research. Through them, I learned more about this plant, its properties and production techniques, despite my lack of training in biotechnology.”

In 2016, he was put in touch with a regional expert from the Mashrou3i program, which is implemented by UNIDO with the financial support of USAID, the Italian Cooperation and HP Foundation, who helped guide his first steps into entrepreneurship.

“The support of the Mashrou3i project has been a great help to me. First, I completed the HP LIFE e-Learning training in October 2016, which enabled me to hone my idea into a viable business plan. The 27 courses on the online platform were very practical and based on actual scenarios, where you learn to apply the tools to your own project – whether operations, marketing or management.”

In January 2017, Slim received training and group coaching from a UNIDO financial expert, where he also met microfinance banks and institutes operating in the southern regions of Tunisia. Through the Mashrou3i program, he also got the support of a communication and marketing expert to help him improve his packaging and access the market.

“Mashrou3i and the UNIDO regional experts have been instrumental in helping to better organize myself, especially in terms of administrative procedures that have proven to be very complicated, and also to access unconventional financing. Thanks to the assistance of the UNIDO finance expert I have received grants from the BTS (Tunisian Bank of Solidarity) and have already secured two thirds of my total planned investment of 62,000 Tunisian Dinars for the realization of my project.”

Spirulina BioMed officially opened in May 2017, and has already created 2 full-time jobs. The startup company has already set up its vertical farm greenhouses and is waiting for the remaining funds to acquire the plant strains and start planting as the last step in the production and marketing process. Slim plans to manufacture spirulina in capsules and already has orders from an export company located in Sidi Bouzid which supplies the Algerian and Saudi markets. In the long term, Slim plans to create 6 additional jobs as well as getting the certification of an organic Tunisian label that will open doors for exporting to Europe.