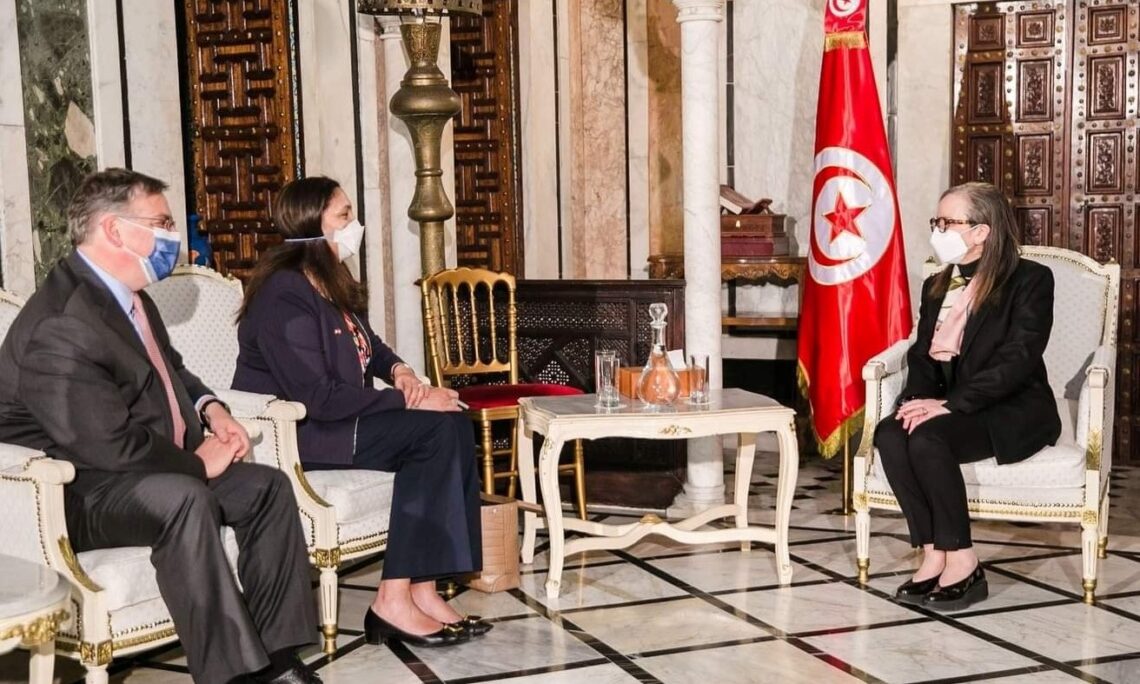 Office of the Spokesperson

Under Secretary of State for Civilian Security, Democracy, and Human Rights Uzra Zeya visited Tunisia on March 23-27, where she underscored the importance of strengthening democracy in Tunisia and implementing an inclusive political and economic reform process, in coordination with political parties, unions, and civil society.

Over the course of her visit, Under Secretary Zeya met with senior government officials, including Prime Minister Najla Bouden, Foreign Minister Othman Jerandi, and Minister of Interior Taoufik Charfeddine.  She also met with representatives of Tunisia’s vibrant civil society, including human rights defenders, anti-corruption activists, and journalists.  In her meetings, the Under Secretary underscored U.S. concern for Tunisia’s democratic trajectory and the importance of an inclusive political and economic reform process that gives civil society a strong voice.  She was heartened by government assurances of inclusivity during implementation of the political roadmap.  Under Secretary Zeya reiterated the need to respect human rights, including freedom of expression and association for all Tunisians, as stipulated in the Constitution and International Covenant on Civil and Political Rights.  She also underscored that an independent judiciary is key to a strong and healthy democracy, and urged the government to cease trying civilians in military courts and prosecution of individuals for peaceful freedom of expression.  The Under Secretary visited Tunisia’s Independent High Authority for Elections, where she stressed U.S. commitment to free and fair elections and support for this key democratic institution to fulfill its constitutionally mandated role to run the upcoming referendum and parliamentary elections.

Under Secretary Zeya discussed with Tunisian officials the dire impact of Russia’s brutal invasion of Ukraine, which put at least a thousand Tunisians there at risk and threatens to disrupt the supply of critical agricultural commodities from the Black Sea region.  She thanked Tunisia for its support for United Nations General Assembly resolutions on the Ukraine humanitarian crisis and condemning Russia’s unprovoked and unjustified aggression, underscoring the need for sustained international solidarity to support the Ukrainian people and mitigate the negative impact of Russia’s invasion on international food security.

In her capacity leading U.S. programs in support of civil society, migrants, and refugees, Under Secretary Zeya visited a shelter supporting female survivors of gender-based violence and human trafficking where the United States works with the International Organization for Migration, the Government of Tunisia, and civil society to provide critically needed assistance and advance a victim-centered approach.