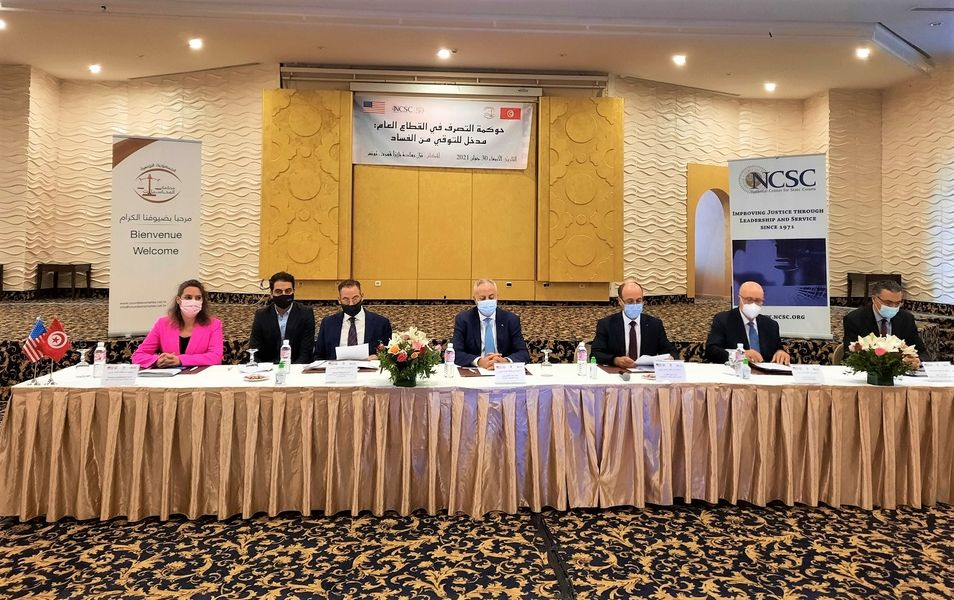 In support of Tunisian efforts to promote accountability and transparency, the Court of Accounts convened a workshop on good governance in the public sector, as part of the U.S. Embassy-funded Anti-Corruption Program and in partnership with the National Center for State Courts (NCSC). The stakeholders discussed the achievements of 10 years of reforms in fighting corruption, including the improved governance of public funds, improved coordination between institutional actors, increased digitization, and a revised legal framework.  Since 2017, the U.S Embassy has invested almost $6 million in NCSC’s accountability project, which strengthens government institutions’ capacities to fight corruption.