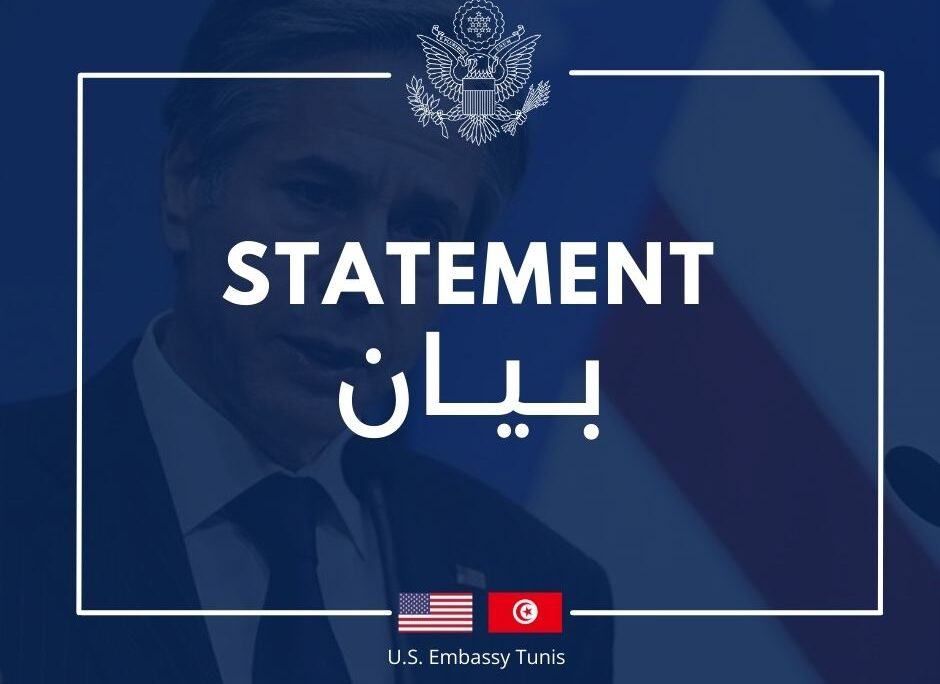 The United States strongly supports Tunisia’s democracy and the aspirations of the Tunisian people for a secure and prosperous future.  Tunisia’s July 25 constitutional referendum was marked by low voter participation.  We share the concerns expressed by many Tunisians that the process of drafting the new constitution limited the scope for genuine debate and also that the new constitution could weaken Tunisia’s democracy and erode respect for human rights and fundamental freedoms.  An inclusive and transparent reform process is crucial going forward to begin to restore the confidence of the millions of Tunisians who either did not participate in the referendum or opposed the new constitution.  In particular, we urge the swift adoption of an inclusive electoral law that facilitates the broadest possible participation in legislative elections planned for December, including among those who opposed or boycotted the constitutional referendum.  We also commend the dynamic role played by Tunisia’s vibrant civil society in building an inclusive political future.

Tunisia has experienced an alarming erosion of democratic norms over the past year and reversed many of the Tunisian people’s hard-won gains since 2011.  Since July 25, 2021, the suspension of constitutional governance, consolidation of executive power, and weakening of independent institutions have raised deep questions about Tunisia’s democratic path, both in Tunisia and internationally.  In coordination with our allies and partners, the United States has and will continue to use all tools at our disposal to support the Tunisian people in forging a democratic and accountable government that preserves the space for free debate and dissent, safeguards the human rights and fundamental freedoms of all, promotes long-term prosperity, respects judicial independence and the rule of law, and establishes the checks and balances critical to the health of all democracies.  The U.S.-Tunisia partnership is strongest when there is a shared commitment to democracy and human rights.