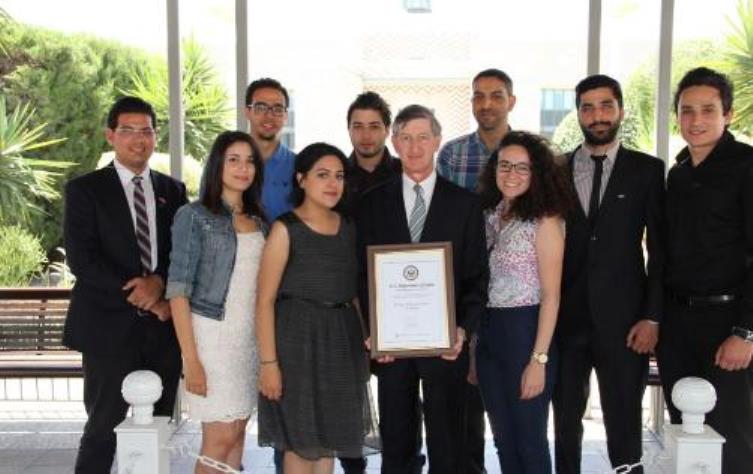 Ambassador Walles met with the AEIF 2015 winning team from Tunisia and presented them with a certificate in recognition of their achievement.  This is the second time since the AEIF competition began in 2011 that  a Tunisian team has won a grant.

This project, one of 48 winning projects worldwide, is the Young Tunisian Coders Academy, which aims to establish a coding academy to teach programming skills to young people who want to create positive changes in their communities.