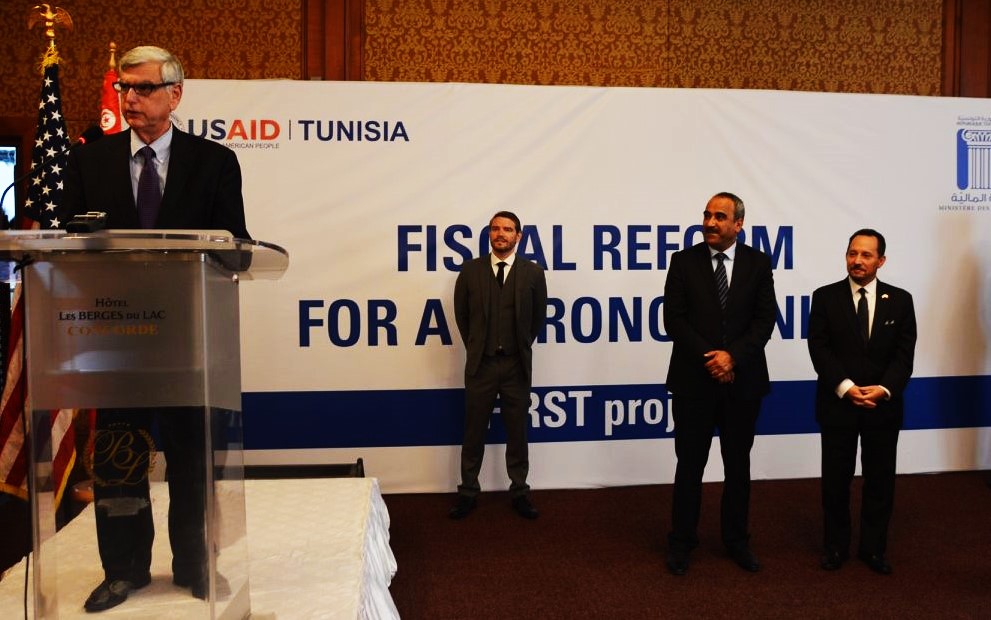 As part of the Ministry of Finance’s efforts to develop and modernize its tax administration system, an event was organized to announce the launching of the three-year- joint project between the Ministry and USAID. This project aims at modernizing the tax administration’s mechanisms and enhancing communication between the administration and taxpayers. The event was attended by H.E M. Ridha Chalghoum, Minister of Finance and H.E M. Daniel Rubinstein, US Ambassador to Tunisia. During this event, H.E M. Ridha Chalghoum, pointed out the value of the partnership with USAID on the project and the importance of adapting modern technology and international best practices. H.E M. Daniel Rubinstein, US Ambassador to Tunisia said that this project would carry out an assessment of the tax administration system according to global best practices in addition to focusing on the digitization of taxpayer services.