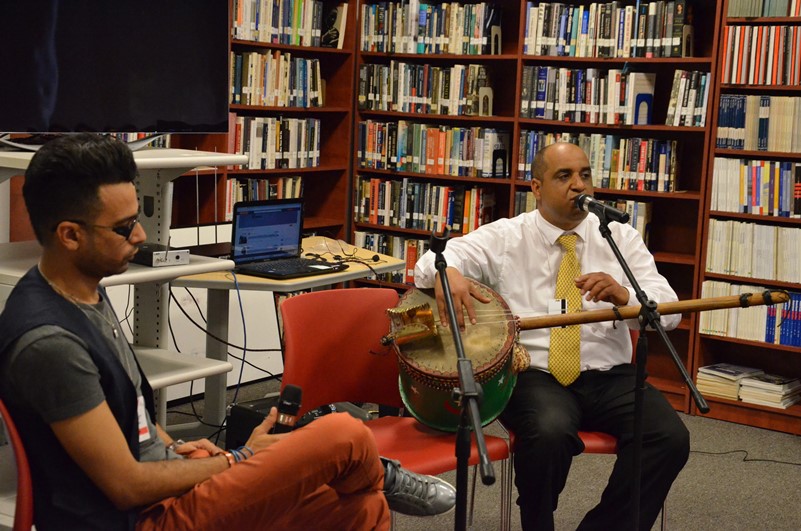 “Musical fusion.” “A harmonious blend of Tunisian folk music and Algerian rai.” “A rediscovery of our musical roots through musical instruments.” Those were just a few of the ways the IRC audience described their experience listening to Tunisian-American singer MC Rai.  Accompanied by the rhythms of the Gombri instrument played by artist Jamel Boukraa, MC Rai performed several pieces.  He also talked about his debut in Tunisia as a rai singer and how he distinguished himself by blending rai with Tunisian folk music.  He described his artistic path in the U.S., which led him to expand his repertoire and resulted in work with singers such as Joan Baez and performing in musical scores for movies like “300.”