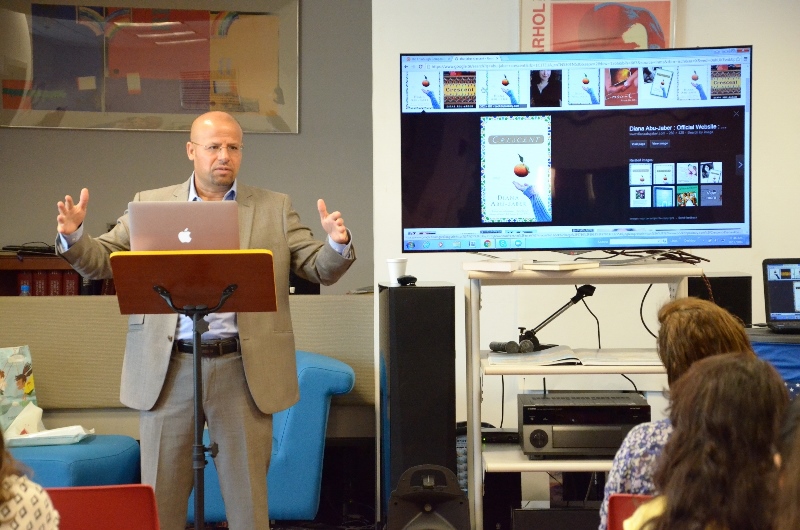 Dr. Nouri Gana, Associate Professor at UCLA, gave a talk at the IRC that revolved around the collection of essays he edited in a book titled The Edinburgh Companion to the Arab Novel in English: The Politics of Anglo Arab and Arab American Literature and Culture. The first part of the talk addressed the intellectual history of the Arab novel in English through a comparative analysis of the rise of the Arab novel in Arabic and French. The second part of the talk focused on one Arab American novel (Diana Abu-Jaber’s Crescent), and delved into the cultural politics of Arab American cultural productions. While Professor Gana insisted on the powers of Arab American writings, he nevertheless cautioned against the pressures exerted on the creative imagination by the post-9/11 political realities of Islamophobia and Arabophobia.