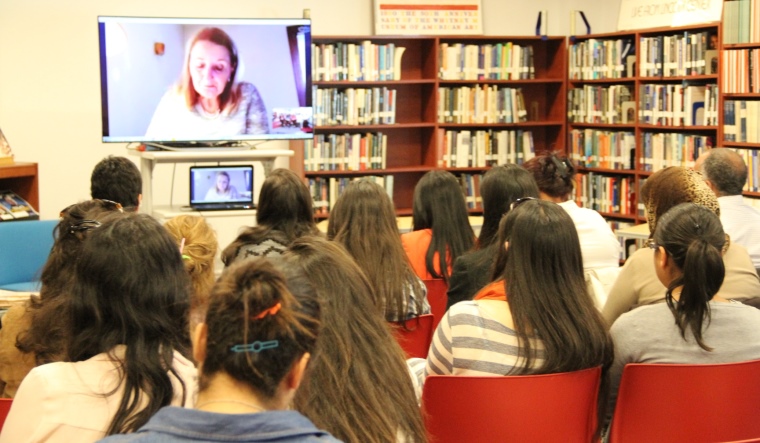 Dr. Cathy Caruth, Professor of Humane Letters at Cornell University in the U.S., led a video-conference discussion with students at the Information Resource Center (IRC.)  Jointly organized by the IRC and the Tunisian Association of Young Researchers (TAYR), the discussion was titled Trauma in Language and History in the 21st Century. Starting with an introduction to trauma theory and references to the insights  of Dr. Sigmund Freud, Dr. Caruth described the main characteristic of trauma as a suffering that persists in the lives of certain individuals, a “forgotten wound in the self that proves to be unassimilated.” Students posed questions to Dr. Caruth via video link, discussing her overall message—the necessity to look at the reality around us through various perspectives.