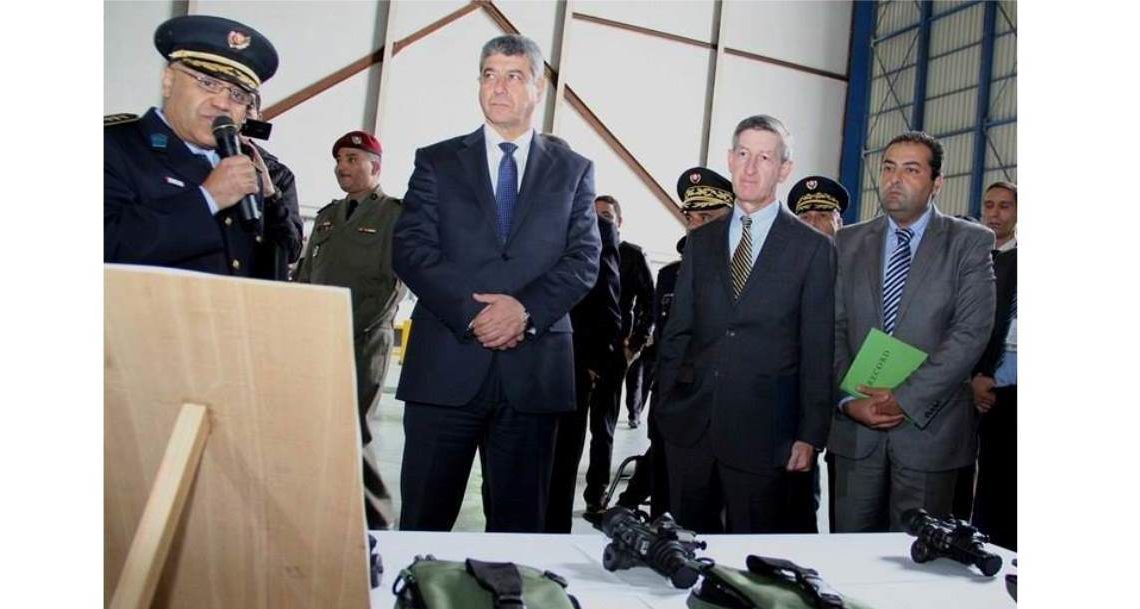 At the request of Prime Minister Joma’a and Minister Jeribi, the U.S. government, utilizing special authorities, accelerated delivery of these Night Vision Devices by nearly six months and facilitated $600,000 in savings for the Tunisian government.  Expedited delivery was made possible through close coordination between the U.S. Embassy and the Ministry of Defense, and through the use of Tunisia’s C-130J Hercules.

The acquisition of these Night Vision Devices further enhances the existing capability of the Tunisian Army, Air Force and Navy to conduct operations during hours of limited visibility against terrorist organizations determined to destabilize Tunisia.

This event follows Minister Jeribi and Ambassador Walles’ visit to Washington, D.C. earlier this week in which they met with senior U.S. officials including Secretary of Defense Chuck Hagel.  These meetings further advanced the commitment of the United States to supporting Tunisia’s transition to democracy.

The security relationship between the United States and Tunisia continues to grow, in large part due to the common objective they share of enhancing the operational effectiveness of the Tunisian Armed Forces in the fight against terrorism.  The acquisition of this equipment serves as an indication of that strong and longstanding relationship between the two countries.

The United States is pleased to support these efforts and help Tunisia on its path to a secure, democratic, and prosperous future.  Particularly in light of the upcoming presidential election, wherein security forces will be tasked to ensure success, the utility of this equipment, and the strength of the relationship it represents, has never been more critical.