Home Page d'accueil | News and Events | Training the Next Generation of Tunisian Media Professionals in U.S. 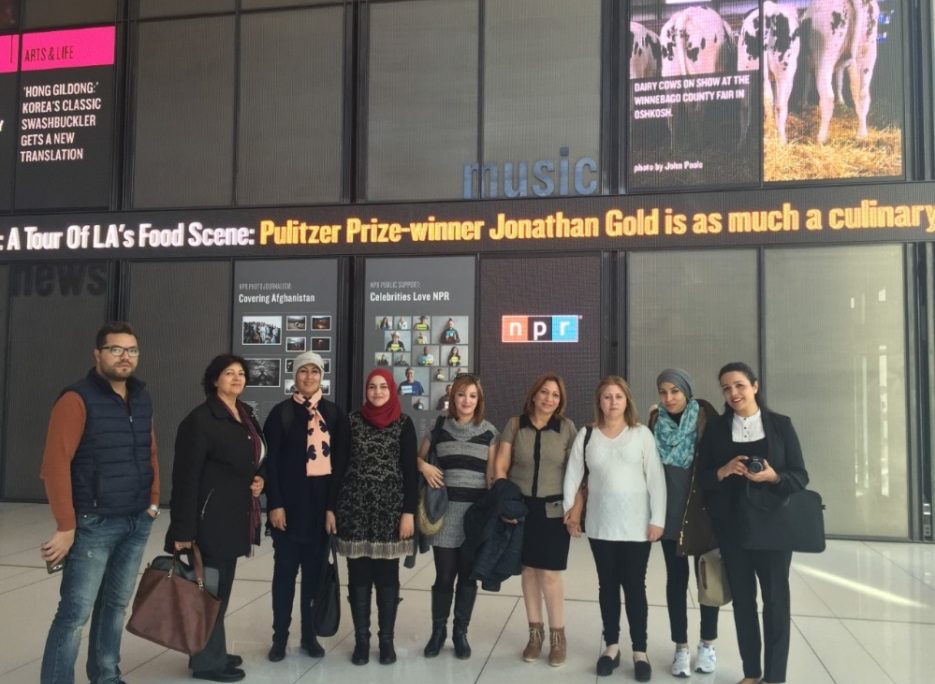 Nine Tunisian graduate journalist students from the Tunisian public Institute of Press and Information Sciences (IPSI) were sponsored by U.S. Embassy in Tunis to participate into  a two- week training in U.S. on March, 2016. They were trained in professional newsrooms and had the opportunity to share, with their partner International Center for Journalists (ICFJ) and media hosts, new insights on the challenges faced by Tunisian journalists in a country transitioning to democracy and dealing with conflict.

They were the first of two groups of broadcast and print/online students from IPSI at the University of Manouba in Tunisia participating in ICFJ’s Training the Next Generation of Tunisian Media Professionals program in 2016. The objective of this training was to learn how U.S. media operate through 12-day internships at news outlets across the United States and also meetings with Media experts in Washington, D.C.

After a three-day orientation program, the Tunisian students were placed in newsrooms in Washington, D.C., Akron, Ohio, CITY, Minnesota, Fargo, North Dakota and CITY, Texas. In these cities, they were able to observe the day-to-day activities of their host newsrooms, learn practical skills to enhance their reporting, and immersing themselves in American culture.

Many members of the group said they were struck by how American journalists work together to produce quality stories. Their experiences ranged from covering criminal cases, city council meetings and train accidents to participating in daily newsroom meetings and learning to use new video storytelling tools.

The program helped to break down stereotypes about the United States some of the students had before their trip to the United States.  In an interview published online by the San Antonio Express, Ms. Fida Bahrouni said : “Her false impressions about average American behavior toward Arabs were changed.”  And “We discovered helpful, nice and good people.”

Ms. Souad Trabelsi, who was hosted by Rubber City Radio Group in Akron, said in a a blog about her experience, “It was my dream to discover another society, another culture, another civilization — filled with a diverse group of people and I am grateful to this opportunity that made my dream true.”

By Public Affairs Section | 19 May, 2016 | Topics: Alumni, Scholarships and Exchanges