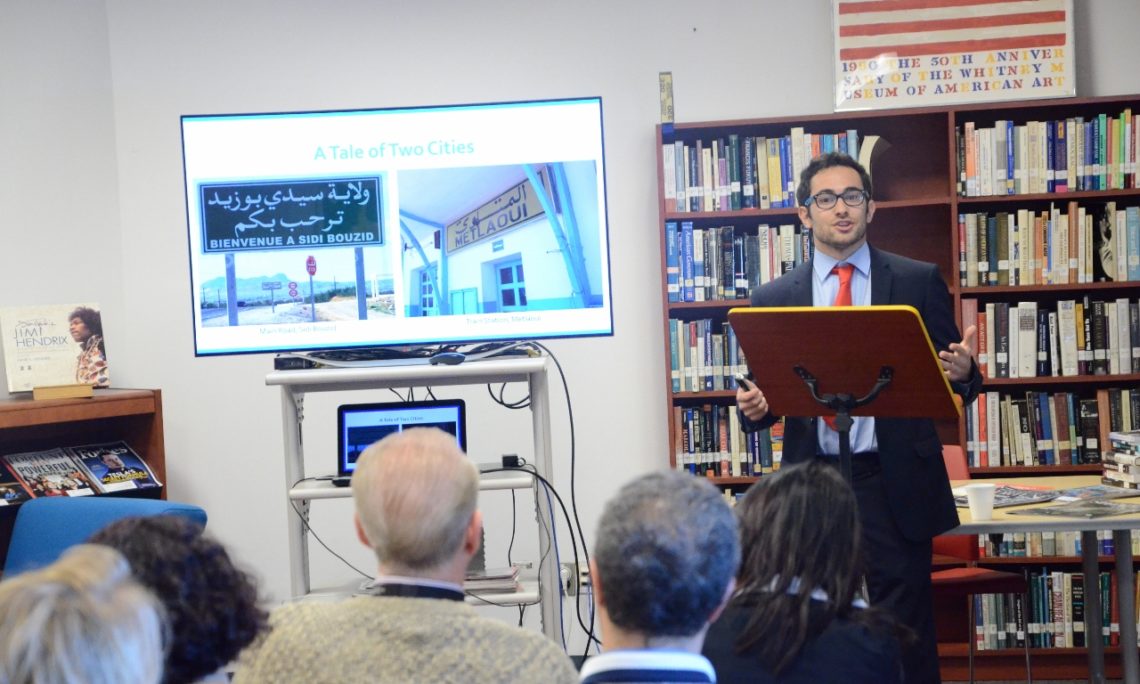 Michael Marcusa, a doctoral candidate in political science at Brown University, led a lively discussion in the IRC entitled “When Modernization Fails: Revolution and Radicalism inTunisia.”  Marcusa has spent 10 months doing fieldwork in southern and central Tunisia, and his talk focused on Sidi Bouzid and Metlaoui.  Though the cities face similar economic hardships, he said that protests in the two towns have taken different forms, which he attributed to different historical dynamics.  He also argued that these dynamics have influenced the cities’ disparate reactions to religious radicalism.