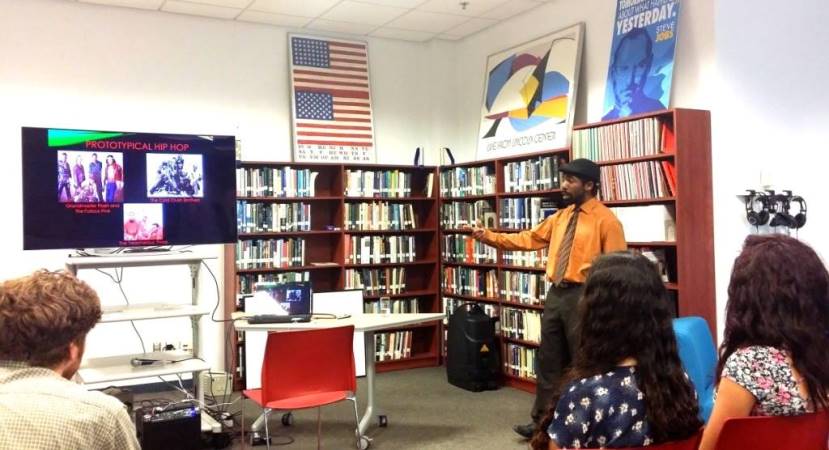 Mike Watson teaches English in Tunis, but he is also a successful DJ in Los Angeles, New York, and now Tunisia.  Also known as DJ Hubcap, Mike gave a presentation on hip hop culture at the IRC last week.  Mike noted that while hip hop is heavily influenced by American popular culture, its beginnings are deeply rooted in the African continent.  Mike explained how hip hop allowed African Americans to express the complexities of their lives in an artistic way while denouncing certain social and political injustices.  He also described the artistic contribution of major hip hop artists from the 70s until today.  Mike conveyed the idea that hip hop is not just music, but is also representational of four interrelated art forms:  rapping, or the oral element; break dancing; graffiti, the visual element; and DJing – the music element.