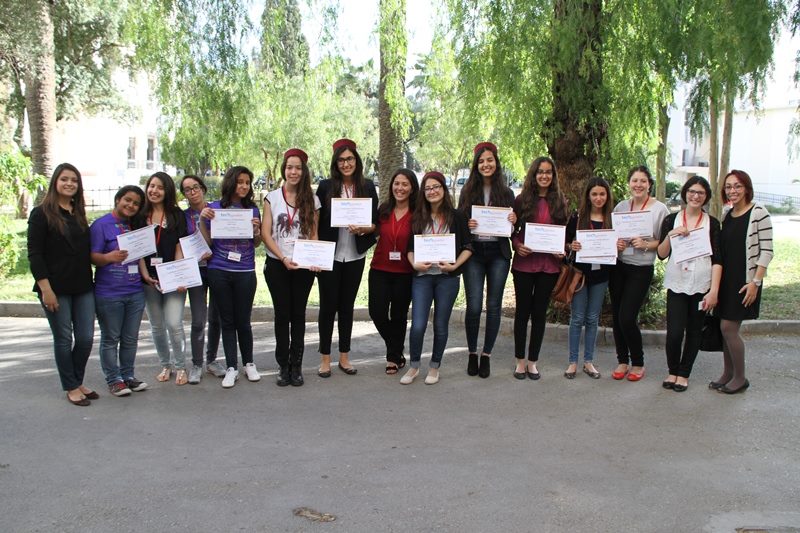 TechWomen Alumna Amel Ghouila hosted the Technovation Tunisia National Pitch,  an apps development competition launched in Tunisia for the first time.  Nine teams of young girls from 6 different regions presented different mobile apps that they developed to solve problems in their communities.   A mentor guided the teams, whose members ranged in age from 10 to 18, as they worked on their projects.   Only eight teams from around the world will win a trip to World Pitch 2015 in San Francisco, where they will pitch their apps to an international jury of experts. One team will win $10,000 in seed funding.