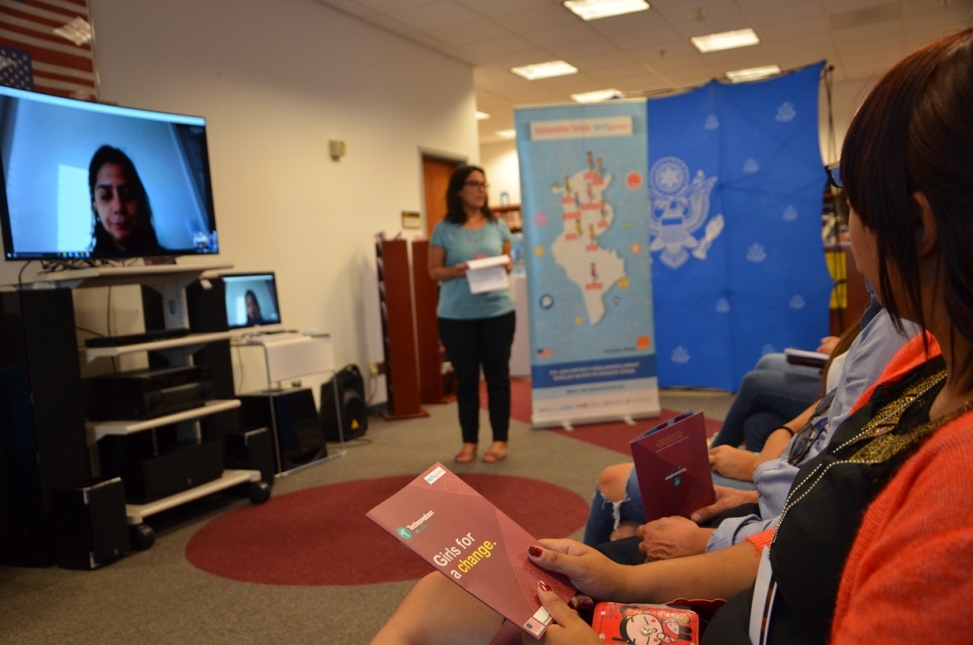 The IRC organized an interactive session entitled Technovation: Girls Solving Community Problems Through Mobile Applications, led by Amel Ghouila, Technovation Regional Ambassador in Tunisia and TechWomen alumna. The session started with an overview of the program by the global director of Technovation, Madhavi Bhasin, who joined via Skype from San Francisco and who focused on how the program empowers girls to emerge as entrepreneurs in the tech field. The Technovation alumnae who won last year’s national contest shared their experiences attending the international Technovation competition in California and talked about their visits to Google, Twitter, and their encounters with the CEO of Dropbox.

Mentors also shared their best practices for coaching teams and provided interested future mentors with useful tips on how to successfully lead a team. A simultaneous Tweeting party disseminated information about the Technovation program via social networks. One father who brought his daughter to learn about the program expressed his admiration, noting, “This program has completely transformed the lives of these young girls—bravo. I hope to see my daughter on the program as well.”