Home Page d'accueil | News and Events | Knox Thames, Special Advisor for Religious Minorities in the NESCA, statement at the Synagogue Event in Djerba 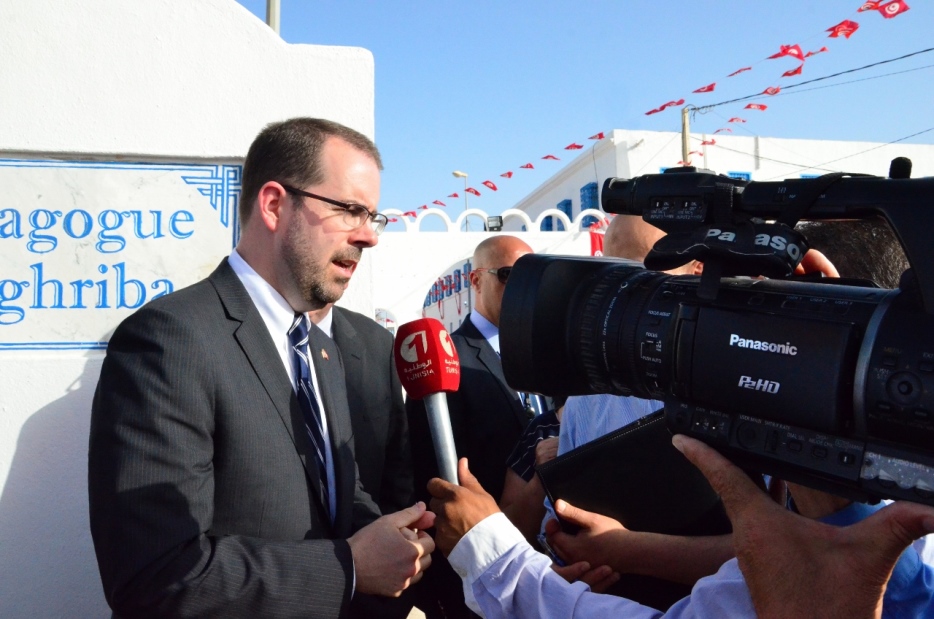 Let me begin by thanking our hosts, the Jewish community of Djerba, their Muslim neighbors, and the Government and people of Tunisia, for organizing today’s pilgrimage. The Lag b’Omer celebration is a very special moment for all who attend. It is my pleasure to join Special Envoy Forman and Chargé d’Affaires Hanson in attending the pilgrimage this year.

This pilgrimage brings Jews to Tunisia from around the world, and continues a centuries-old tradition at North Africa’s oldest synagogue. The challenges facing religious minorities worldwide are immense. However, the Djerba Jewish community stands out as an important example of a religious minority successfully maintaining its culture and religious practices despite such challenges. There are too few positive stories like this in the world today.

The way Tunisia treats its Jewish citizens and all its religious minorities serves as a strong positive model for the rest of the world. I look forward to learning more about this community.

Respect for religious freedom and religious diversity is a core American value that has underpinned our democracy from its birth. The United States has worked diligently to support religious minorities and will continue to do so. As Secretary Kerry recently said, “We believe that the protection of religious and ethnic minorities is a fundamental test not just of our leadership, but of civilization itself.” He also emphasized that, “Religious minorities should have the same rights as majorities.” As the Department of State’s first Special Advisor on Religious Minorities for North Africa, the Middle East, and South and Central Asia, my responsibility is to focus on ways the United States can promote the protection of religious minorities and the value of religious diversity in those regions.

We appreciate the commitment of the Tunisian government to protect this community, which has resided in the country for more than 2,500 years. The challenges facing Tunisia are immense, but the government nevertheless continues to allow the Jewish community to worship freely and operate private religious schools. The government deserves recognition for providing security for synagogues, granting subsidies for the restoration of communal properties, and maintaining the Jewish cemetery in Tunis.

Again, it is my great pleasure to visit Djerba and Tunisia. The legendary hospitality and warmth of the Tunisian people has already exceeded my high expectations.