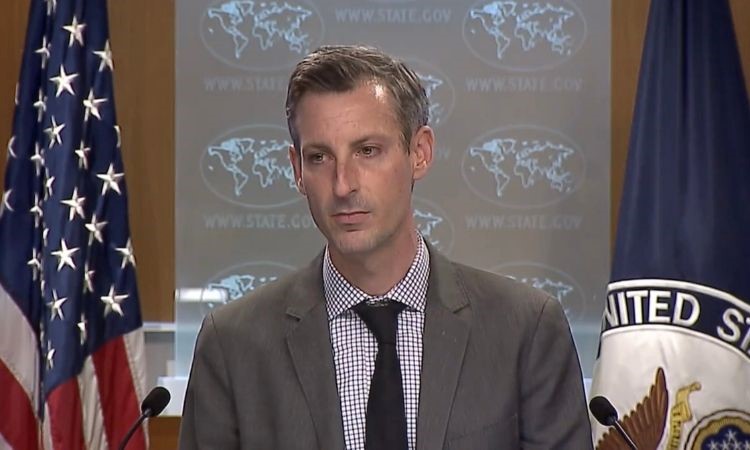 STATE DEPARTMENT PRESS BRIEFING
February 7, 2022
Spokesperson Ned Price
The United States is deeply concerned by Tunisian President Saied’s calls to dissolve the Supreme Judicial Council, and the reported barring of employees from entering the Supreme Judicial Council. An independent judiciary is a core element of an effective and transparent democracy. It is essential that the Government of Tunisia uphold its commitments to respect the independence of the judiciary as stipulated in the constitution. The United States reiterates our calls for an accelerated political reform process in Tunisia that responds to the aspirations of the Tunisian people through the inclusion of diverse voices representing political parties, civil society and unions, particularly in the ongoing national consultations, and that ensures the continued respect for Tunisians’ human rights. At this critical time, we also urge the Government of Tunisia to prioritize implementing the economic reforms required to stabilize the financial situation and address Tunisia’s growing economic challenges.