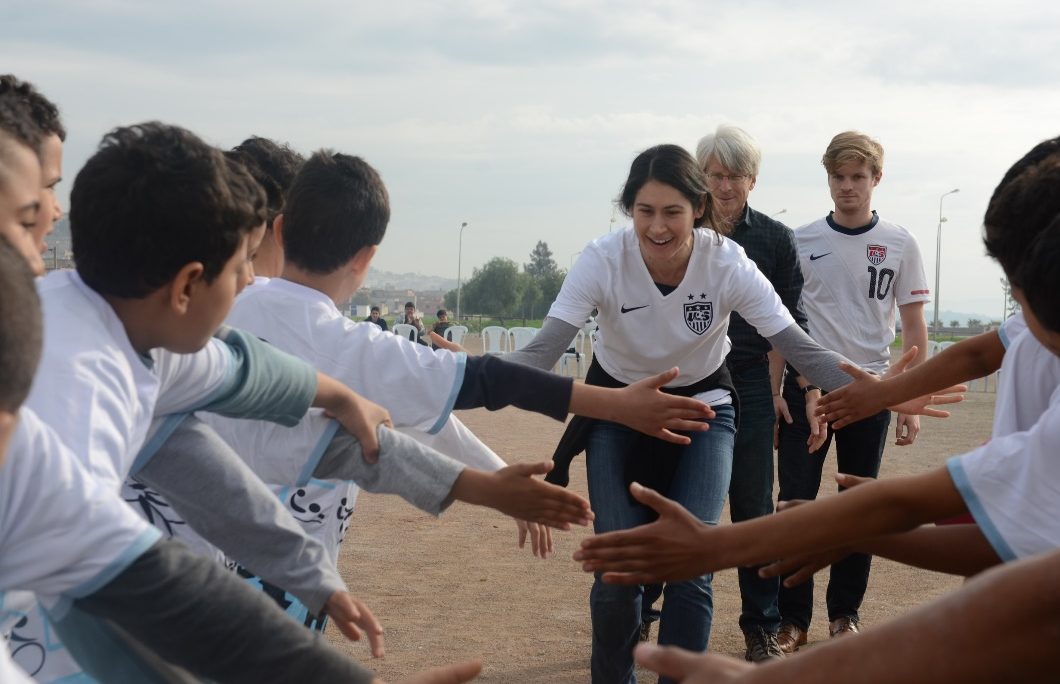 Last Saturday was a special day at Hay Hlal stadium.  A team from Embassy Tunis and hundreds of kids from different neighborhoods celebrated the donation of 622 soccer outfits and 10 goalkeeper kits.  The U.S. Embassy donation supports young boys and girls from Hay Hlal, Douar Hicher, Jbal Jloud, Jbal Lahmar, Mnihla and Beb Laasal to pursue their passion and play soccer with team uniforms and new gear.  Public Affairs Counselor Stacy Barrios passed out uniforms and ran some drills with the kids, and also had the chance to speak to some of their parents.  Ms. Barrios thanked Houmetna Sport, a local NGO, for their collaboration on the project.