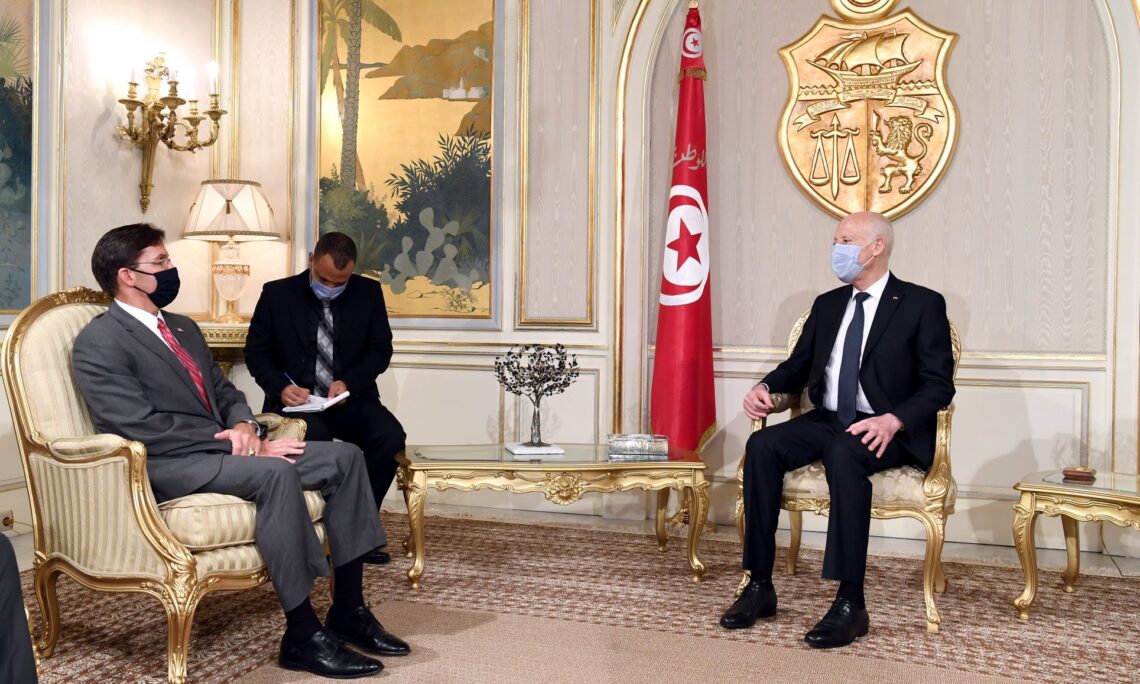 U.S. Secretary of Defense, Dr. Mark T. Esper, visited Tunisia on September 30, 2020.  During his visit, Secretary Esper met with Tunisian President Kais Saied at Carthage Palace.  Secretary Esper expressed his appreciation for the longstanding friendship between the United States and Tunisia, dating back to the countries’ first agreement of friendship and trade in 1799. (Click here for a full readout of the meeting)

Secretary Esper also met with Tunisian Minister of Defense Ibrahim Bartagi at the Tunisian Ministry of Defense.  Secretary Esper congratulated Minister Bartagi on his recent appointment and highlighted the importance of the bilateral relationship.  The Secretary joined Minister Bartagi in signing a 10-year “Roadmap for Defense Cooperation,” which builds on the strong, longstanding, and strategic partnership between the two countries and codifies how the United States and Tunisia will work together closely over the next decade to contribute to stability and security in Africa and beyond. (Click here for a full readout of the meeting)

Secretary Esper also visited the North Africa American Cemetery in Carthage where honored more than 2,800 American men and women who fought in North Africa during World War II and more than 3,700 Americans who went missing in action.  In his remarks, Secretary Esper reaffirmed that America will maintain partnerships with like-minded nations in Africa.  (Click here for the full text of the speech and for a video of the remarks)