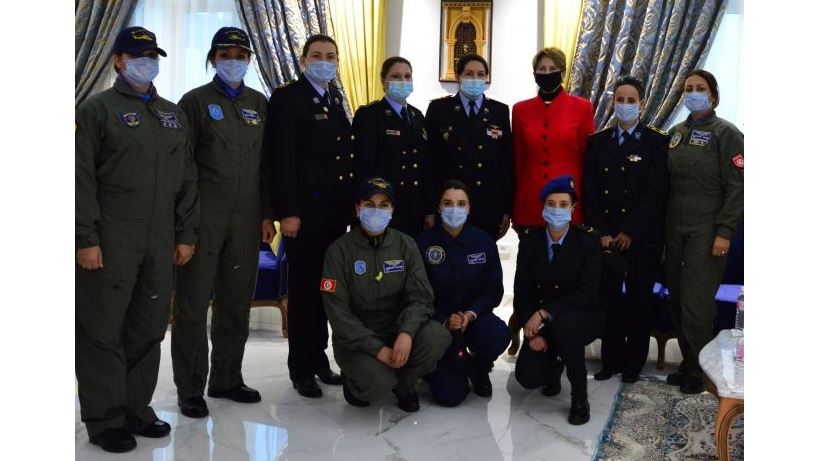 Secretary Barrett and General Harrigian met with Tunisian Air Chief, Brigadir General Mohamed Hajem, and Tunisian Defense Minister, Ibrahim Bartagi, to stress the United States’ commitment to its strong relationship with Tunisia and to thank both leaders for Tunisia’s steadfast commitment in countering terrorism and promoting stability in the region.  Visits like this play a crucial role in strengthening the U.S.-Tunisia relationship so that we can better pursue our shared goal of global security.

Secretary Barrett also met with female Tunisian military personnel to discuss their role in operational missions, including participation in peacekeeping missions since 2007. The percentage of women appointed to the military has increased from 6% in 2015 to 16% in 2017, demonstrating Tunisia’s commitment to equity.

The recruitment of women in Tunisia’s army began in 1976 for officers and non-commissioned officers in several specialties, including as pilots. Female personnel have served in several leadership positions in Tunisia’s military, including as the State Under-General, Director of Military Justice, Head of Operations Department in the Aviation Army and Heads of the Departments of Medicine in the Military Hospital of Education in Tunisia.