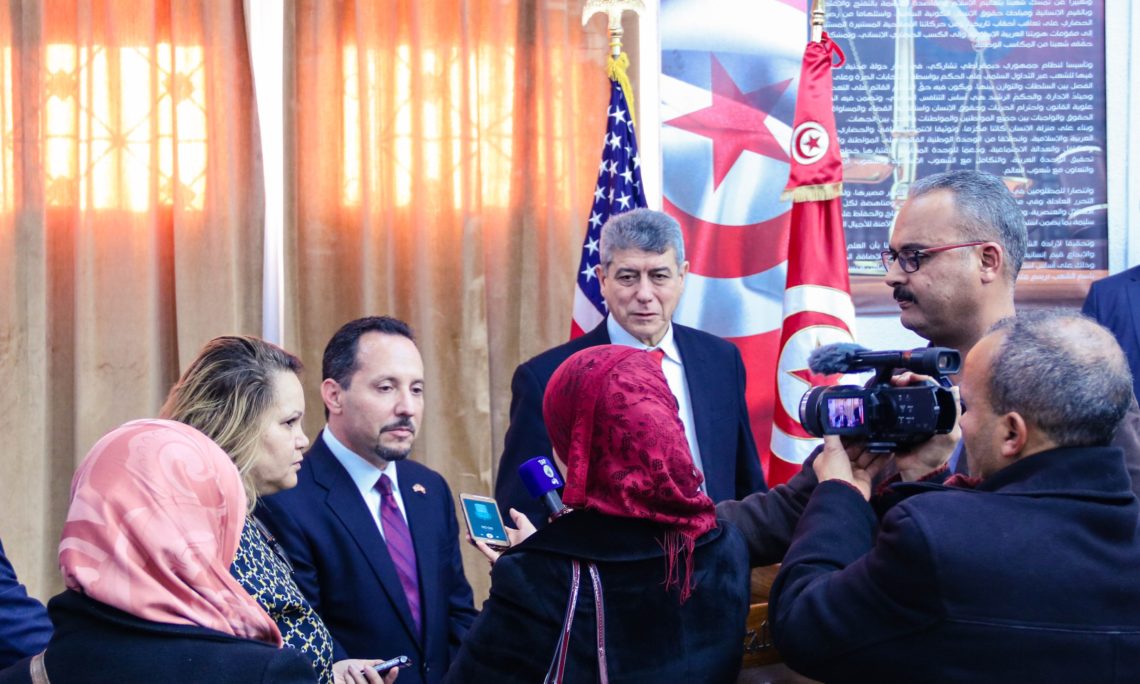 Remarks by Ambassador Rubinstein at the Ministry of Justice Donation Ceremony

Good afternoon.  It is my great pleasure to visit the honorable Institute Superieur de la Magistrature, and to participate in this ceremony that exemplifies American and Tunisian cooperation.  I would like to thank Minister Jeribi for inviting me today, Judge Zinelabidine, the Director of the ISM, for hosting us in this prestigious institute, and General Prosecutor Abeda and Judge Friwi, who were instrumental in setting up the Sousse probation office.

The U.S. Embassy recognizes the dedication that the Ministry of Justice has shown to increasing the efficiency of administrative services and procedures in Tunisia’s courts.   The United States is honored to be able to support this work with the donation of 320 computers and 87 printers worth a total of $230,000 in seven pilot courts around the country, in partnership with the National Center for State Courts, and their Tunisian partner, the International Legal Assistance Consortium, or ILAC.   In combination with ILAC’s training in administrative and digitization processes, this equipment will streamline and enhance the public’s access to judicial services.

In a related cooperation with the Ministry of Justice, the Embassy also provides assistance to the Directorate General of Prisons and Rehabilitation in its efforts to improve prison management, including assistance to the DGPR’s program to improve its standard operating procedures and to train its emergency response teams.

Meanwhile, in Sousse, the Embassy is helping Tunisia find alternatives to incarceration by assisting the Ministry of Justice and the First Instance Court of Sousse to establish Tunisia’s first probation office.  Probation systems are used in many countries to find appropriate alternatives for low-risk offenders rather than sending them automatically to prison and compounding prison overcrowding.  To support this probation office, the United States is donating three vehicles, enabling DGPR officers to monitor individuals on probation.  I understand that this pilot project will be expanded to six other locations with assistance by the European Union.  The United States has pledged to support this expansion with six additional vehicles.