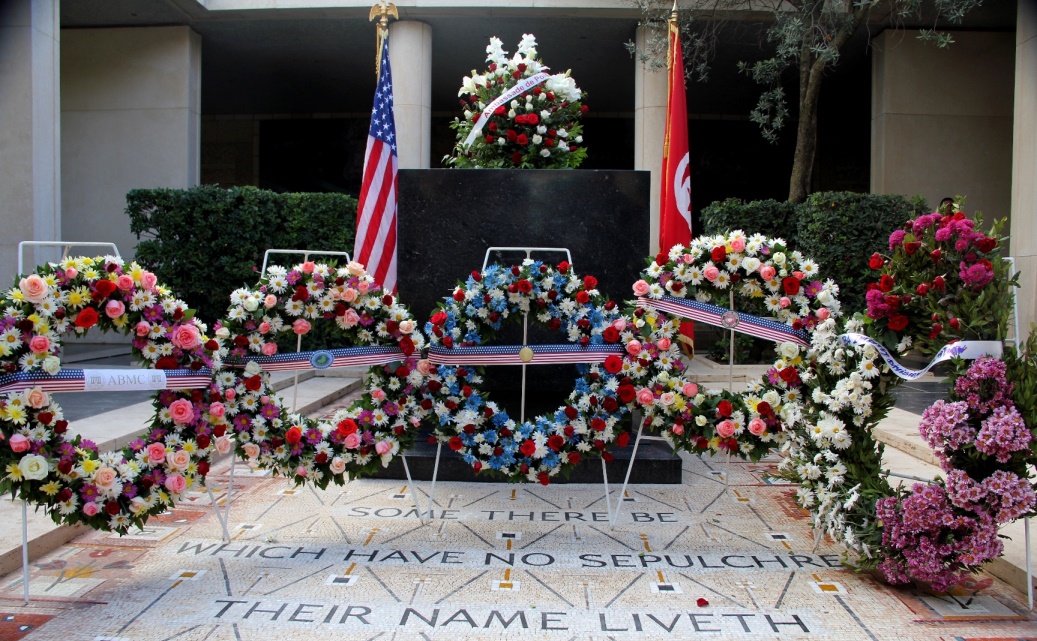 Good morning and welcome to our Veteran’s Day ceremony. I am honored to be here today on this hallowed ground to pay tribute to our veterans, including the 2,841 fallen soldiers, sailors, airmen and Marines buried here. While the American military fought some of its first battles in the Second World War here in North Africa, the significance of today’s event is not solely focused on those who fought, and died, in the Second World War. Veterans Day has become a day we honor all those who have served in uniform.

Its heritage goes back to when the United States began observing Armistice Day, which became a legal holiday in 1938 and initially markedthe cessation of major hostilities at the end of World War I. However, after the massive struggles and sacrifices of World War II, it became clear that the holiday needed to be more inclusive.

As early as 1945, World War II veterans began using Armistice Day as an opportunity to celebrate all veterans. In 1954, President Eisenhower, who as General Eisenhower had been a key leader in the North Africa Campaign and throughout World War II, signed a bill into law changing Armistice Day to Veterans Day, a day we honor all veterans who have ever served in uniform. But it goes beyond those who serve in uniform. It is a day we pay tribute to all who work behind the scenes to support our armed forces, especially our military families, whose support and contributions are so critical and who bear a great deal of the burden of service.

To all of them we owe our gratitude, admiration, and respect. As President Woodrow Wilson stated on the one-year anniversary of the World War I Armistice: “To us in America, the reflections of Armistice Day will be filled with solemn pride in the heroism of those who died in the country’s service, and with gratitude for the victory.”

As I close today, I would like to thank the Tunisian people for allowing us to preserve the memories of the fallen hereon these 27 beautiful acres of Tunisia, and we thank the honor guard and officers that joined us today and every time we hold a ceremony here. And I would also like to recognize the brave men and women of the Tunisian Armed Forces who even on this day and every day are defending Tunisia and its nascent democracy.  Thank you for joining us today.  It is now my honor to introduce Major General Joseph Harrington, Commander of United States Army Africa, who will give remarks on behalf of the U.S. Armed Forces and United States Africa Command.