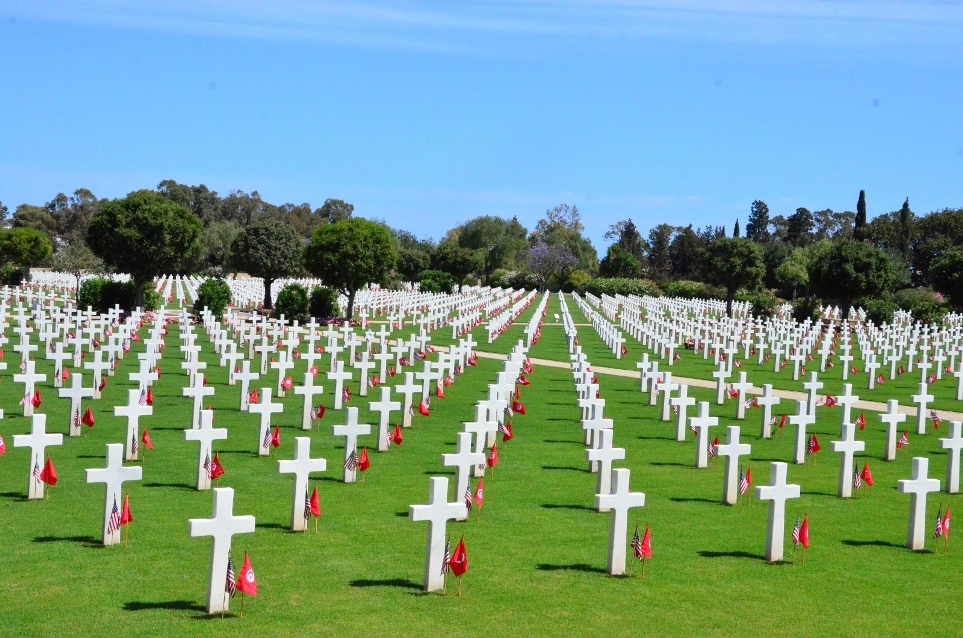 It has been just over seventy years since the Allied forces launched the North African Campaign that culminated in the liberation of Tunisia. For most of us, the details of the battles fought here – in places like Kasserine, Sidi Bouzid, Gabes, and Mejez el Bab – are stories in history books and films. Indeed, many would question whether ceremonies such as these are still relevant.

When General and Secretary of State Colin Powell pondered the same question, he said, “I do not know or care what terrorists and tyrants make of our monuments to democracy and the memorials we dedicate to our dead. What’s important is what the monuments and memorials say to us. They can teach us much about the ideas that unite us in our diversity, the values that sustain us in times of trial, and the dream that inspires generation after generation of ordinary Americans to perform extraordinary acts of service. In short, our monuments and memorials tell us a great deal about America’s commitment to life, liberty and the pursuit of happiness for all.”

As we look out on this lovely spot, these 27 beautiful acres of Tunisia lined with row upon row of white crosses and Stars of David, we pay tribute to the 2,841 fallen soldiers, sailors, airmen, Marines and Coast Guardsmen buried here and to the 3,724 men and women missing in action whose names are on the wall behind me. They too were ordinary Americans, ordinary Americans who performed extraordinary acts of service so that we might live in freedom.

I can think of no better place to honor the ideals and values of democracy and those who would fight and die to preserve them than right here in Tunisia, in this nascent democracy, where just outside these gates, and throughout this country, brave men and women – ordinary Tunisians — are today themselves performing extraordinary acts of courage in places like Ben Guerdane and Kasserine and Mnihla and Tataouine to preserve their hard-won freedoms and liberties. Their struggles are a stark reminder that democracy is not something to be taken for granted.

Democracy is not just a right, but a responsibility, a responsibility that we share. Just as those whom we honor here today stood with the Free World in Tunisia so many years ago, so too do we pledge to stand with Tunisia now.

Thank you for joining us here today.

And now I am honored to introduce General David Rodriguez, Commander of United States Africa Command.