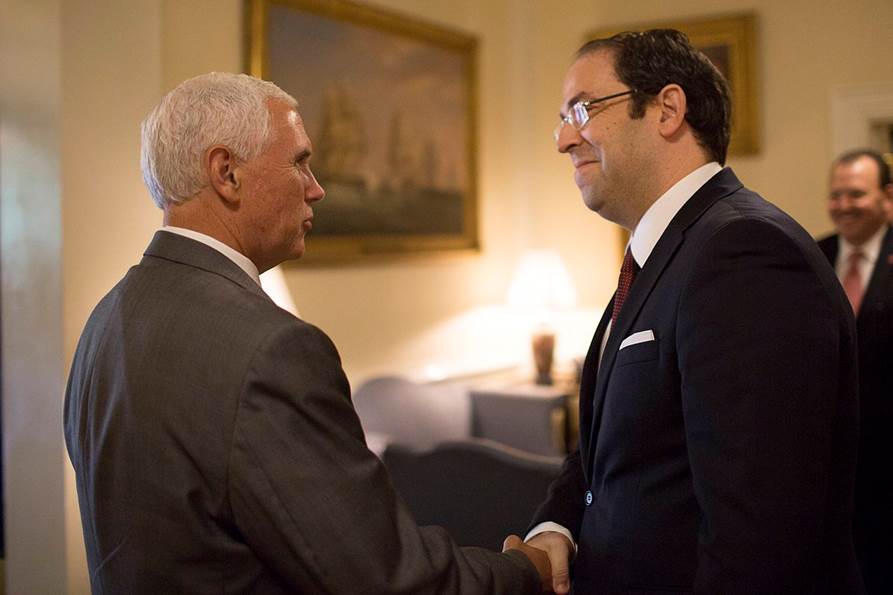 The Vice President met today with the Tunisian Prime Minister to reaffirm the United States’ support for Tunisia as it works to strengthen its security capacity, implement essential economic reforms, and continue developing its democratic institutions. The Vice President applauded the Prime Minister’s recent efforts to combat corruption, and encouraged the Prime Minister to continue making sustainable reforms that will attract investment and create jobs for Tunisians. The two leaders highlighted the strong cooperation between their countries, whose relationship dates to 1797.

Readout of Secretary Mattis’ Meeting With Prime Minister of Tunisia

Secretary of Defense Jim Mattis met with Tunisian Prime Minister Youssef Chahed at the Pentagon today. Secretary Mattis lauded Tunisia for its leadership in promoting regional security and stability in Northern Africa and expressed his desire for greater defense cooperation in the future.

The two leaders discussed the importance of the U.S.-Tunisian defense partnership, Tunisia’s security situation, and counterterrorism assistance. Both leaders noted the progress and significance of military training, intelligence sharing and defense cooperation.