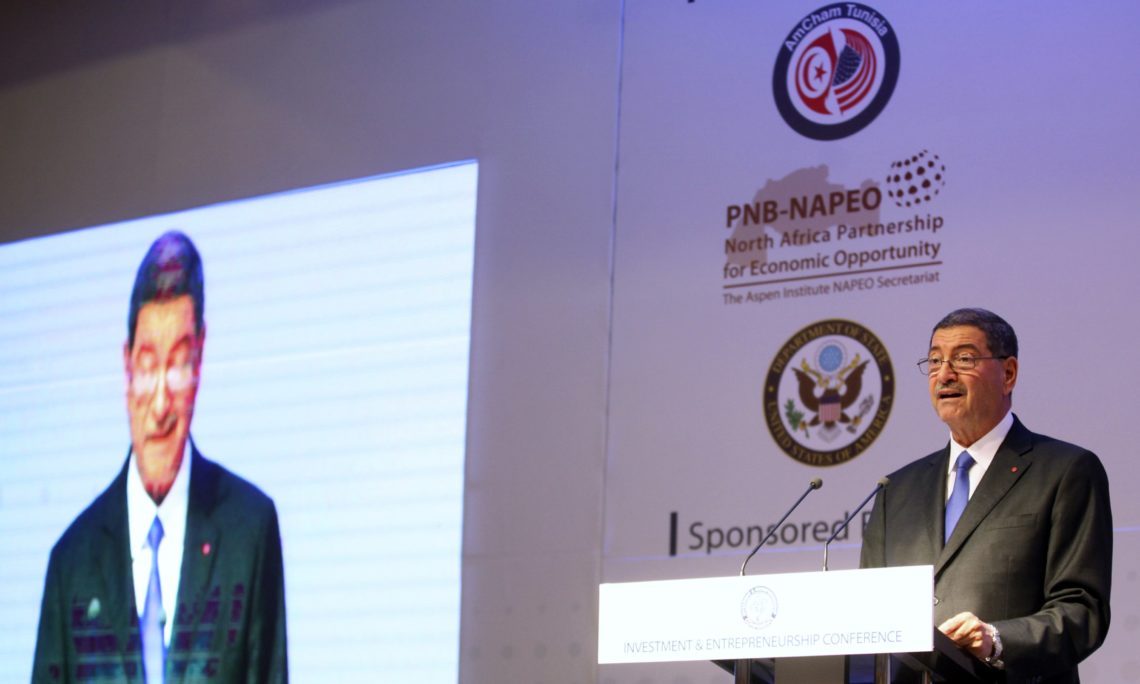 GAMMARTH (TAP) –  Prime Minister Habib Essid had, Thursday in Gammarth, on the fringes of the opening of the Investment and Entrepreneurship Conference (IEC) a series of meeting with U.S. senior officials who take part in the conference.

In a statement to the media, Habib Essid asserted that these meetings turned on the economic co-operation relations binding Tunisia and the United States of America, underlining that “the American side voiced readiness to support Tunisia in the different fields, notably in matters of investment.”

Emphasis was also placed on means to boost development programme in the promising sectors.  According to a statement of the Prime Ministry, Habib Essid commended the message sent by U.S. President to the participants in the conference and the Tunisian people in which he reasserted his country’s support to Tunisia and readiness to back it in its development efforts.

In his message, the American President asserted the U.S. support to the Tunisian experience saying : “the United State is proud to be your partner”. Besides, he highlighted the importance of the success of the democratic process in Tunisia, underlining that “Tunisia’s democratic progress and Tunisia’s economic progress go hand in hand.”

Democracy, he said, requires strong democratic institutions, but also economic growth and opportunity so that citizens see that democracy can deliver a better life.

More than 300 participants representing notably the business world as well as economic and governmental officials including former U.S. Secretary of State Madeleine Albright took part in this conference which opened, Thursday in Gammarth.

The Conference is held by the US Department of State, the American Chamber of Commerce in Tunisia and the Partners for a New  Beginning-North Africa Partnership for Economic Opportunity (PNB-NAPEO).