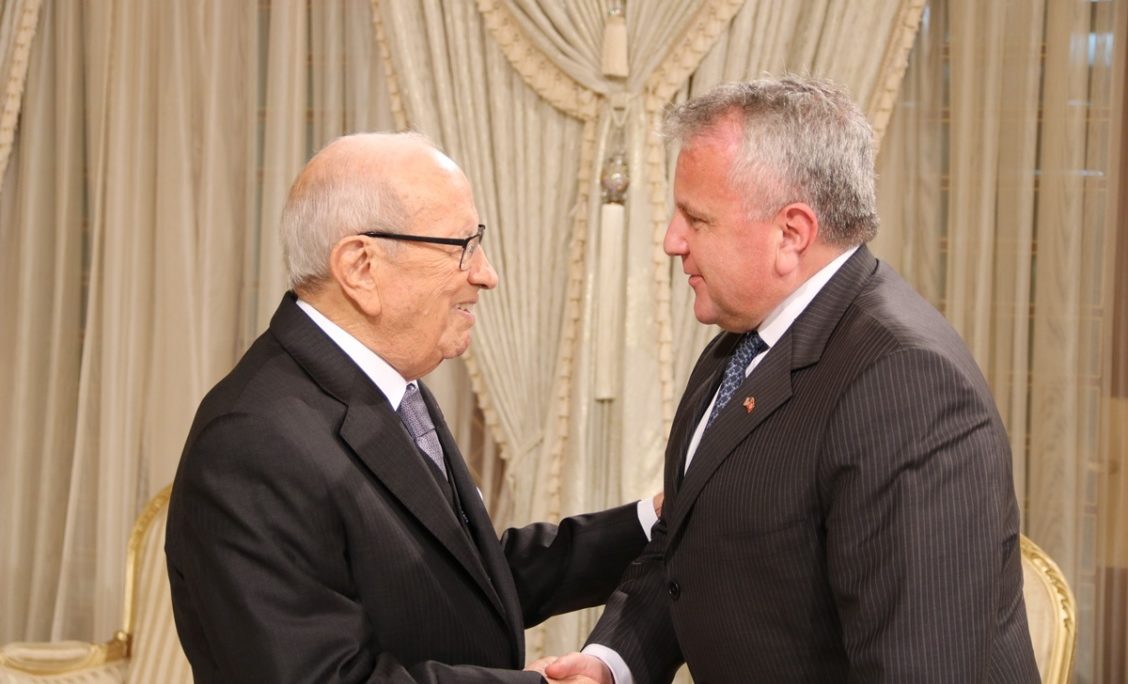 Thank you very much.  I am honored to be here in Tunisia and to have the opportunity to meet with President Caid Essebsi, Prime Minister Chahed, and Foreign Minister Jhinaoui.

The United States and Tunisia have a strong partnership that is based upon mutual interests and shared values.  Our bilateral relationship with Tunisia extends more than 200 years, since soon after U.S. gained its independence, when Tunisia became one of the first countries in the world to recognize the newly formed United States.  Similarly, in 1956, following Tunisia’s independence, the United States was the first major power to recognize Tunisian sovereignty and establish diplomatic relations.

Since that time, our partnership has continued to grow, thanks to the efforts of the Tunisian citizens who in 2011 took courageous steps to embrace democracy, human rights, and freedom as a means to achieve equality and social dignity.

Tunisia is a strong partner of the United States and we are proud to support your efforts to improve security, develop democratic institutions and practices, and foster economic growth.  Our investment in Tunisia’s success has grown this year — in 2017, the United States increased development and military assistance by more than 30% over 2016 levels to 205.4 million dollars.

Today, we discussed the critical economic reforms and anti-corruption measures the Tunisian government is working to put into action.  These reforms will bring about increased economic growth and prosperity, trade relations, foreign investment in Tunisia, and access to markets for Tunisian products.  We support Tunisia’s continued efforts to encourage inclusive economic growth and improve its business climate.

During our discussions, the President, Prime Minister, Minister of Foreign Affairs, and I also focused on the importance of our mutual security.  We must consolidate gains against ISIS and deny safe havens to those terrorist groups who continue to probe for opportunities to regroup in North Africa and threaten the United States and our partners, including Tunisia.  The recent terrorist attacks that occurred both here in Tunisia and in New York underscore the importance of our continued collaboration to ensure mutual security, which is more critical now than ever before.

We commend Prime Minister al-Sarraj’s Government of National Accord (GNA) and its aligned forces for their leadership and courage in ending ISIS’ brutal occupation of Sirte.  The United States remains fully committed to working with all Libyans and with our international partners to resolve the political conflict in Libya and help to advance stabilization.

The United States fully supports United Nations (UN) Special Representative of the Secretary-General (SRSG) for Libya Ghassan Salamé as he works to advance political reconciliation.  The entire international community must stand united behind the UN and provide our full support to Libyans who are working to resolve their differences through dialogue.  Any attempt to impose a military solution, levy artificial deadlines, or undermine UN mediation in Libya will only destabilize the country.

Thank you.  I’m now happy to take your questions.