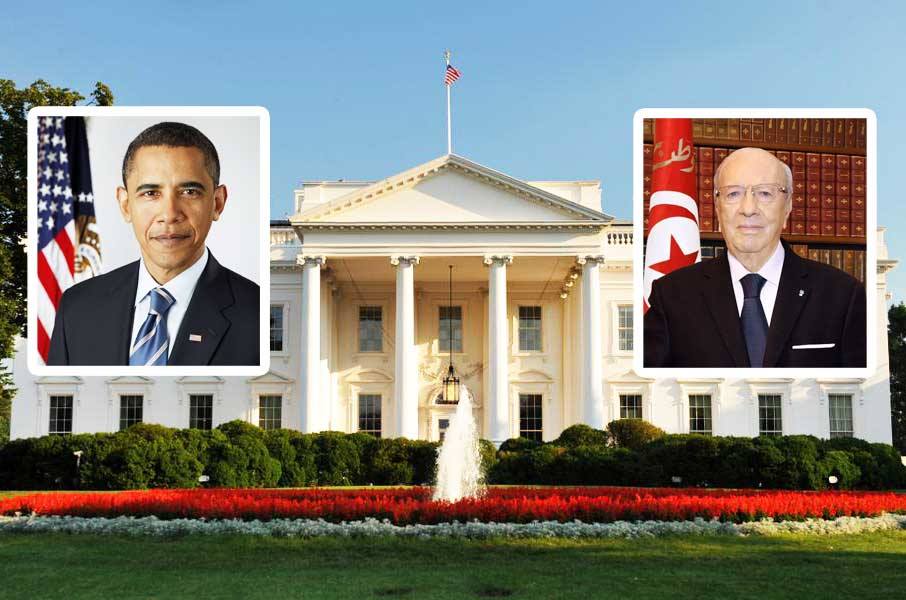 Barack Obama and Béji Caïd Essebsi are, respectively, the presidents of the United States and Tunisia.

Amid the turmoil that so often dominates the headlines, it can be tempting to think that all of North Africa and the Middle East is gripped by disorder.  But in Tunisia, where the Arab Spring began, democracy and pluralism are taking root.

Our meeting at the White House Thursday — the first between a U.S. president and a democratically elected Tunisian president — will be an opportunity to mark Tunisia’s progress and deepen the partnership between our nations to help Tunisia’s new democracy deliver the greater prosperity and security that its citizens deserve.

More than four years after a young street vendor, Mohammed Bouazizi, set himself on fire to protest the daily humiliations of an oppressive government, sparking the protests that ended decades of dictatorship, Tunisia shows that democracy is not only possible but also necessary in North Africa and the Middle East.

Since the revolution, Tunisians have repeatedly cast their ballots in free and fair elections, choosing from more than 100 political parties. After a vibrant debate, and in an impressive display of compromise and consensus, a new constitution was crafted, rooted in the rule of law, upholding freedom of religion and guaranteeing human rights and equality for all people, including women and minorities. Today’s national unity government includes secularists and Islamists, proving that democracy and Islam can thrive together.

Tunisia’s democratic journey has not been easy. During the transition, brave political leaders were gunned down. The old regime’s legacy of mismanagement and corruption continues to stifle economic growth. The terrorist attack on the National Bardo Museum in March killed Tunisians and foreign tourists alike. Tunisia, a country of 11 million people, has absorbed waves of people fleeing the fighting in neighboring Libya. Despite these extraordinary challenges, Tunisians have remained united and determined to protect their young democracy.

Our two nations now have an unprecedented opportunity to forge an enduring partnership based on shared interests and values. Indeed, since the revolution, the United States has committed more than $570 million, and supported two major loan guarantees, to help Tunisians pursue critical political, economic and security reforms. Over the past year alone, the United States has worked to double its assistance to Tunisia, with $134 million proposed for next year. This is not charity; it’s a smart investment in our shared future, and our meetings Thursday will focus on three priorities.

First, we can do more together to help Tunisians consolidate their democratic gains. The United States is committed to helping Tunisians build transparent, effective and accountable institutions that truly serve the people. Together, we can empower civil society and a free press, which strengthen democracy. Even as we confront security threats such as terrorism, we must uphold the universal values of tolerance, inclusivity and freedom of speech that terrorists seek to destroy.

Second, we can partner to ensure that Tunisia’s political revolution is followed by an economic revolution that reduces poverty and delivers tangible improvements to the daily lives of the Tunisian people. Tunisia has embarked on important reforms to reduce bureaucracy, attract more investment and encourage the growth that creates jobs. The United States will continue to provide technical and economic assistance to help these reforms succeed.

We’re especially focused on reducing high unemployment among Tunisian youth. Our entrepreneurship and job-training programs aim to help more young Tunisians develop the skills to start their own businesses and create jobs in their communities. New partnerships between our universities are focused on encouraging innovation and business development. Our educational exchanges are helping promising Tunisian students pursue degrees in science, technology, engineering and math, all of which will be critical to growing the Tunisian economy.

Finally, we aim to deepen the security cooperation that protects our citizens. Working together, we have helped the Tunisian armed forces build their capacity to undertake counterterrorism missions. The United States is working to more than double its military financing assistance to Tunisia next year to help its forces stay ahead of evolving threats. As we strengthen our counterterrorism partnership, we can do even more together to confront common threats such as the terrorist group known as ISIL or Daesh and instability in Libya.

Casting her ballot in the second round of the presidential election in December, one Tunisian voter said, “This is a big day.” And she added, “Freedom and democracy are the biggest winners.”

After decades of dictatorship and several years of transition, Tunisians have won their freedom and democracy. There are still many big days ahead as Tunisians strive to deliver the dignity, opportunity and prosperity sought by a young vendor more than four years ago. It won’t be easy. But as Tunisians seek to build the Arab world’s newest democracy, they will continue to have a strong friend and partner in the world’s oldest democracy, the United States of America.