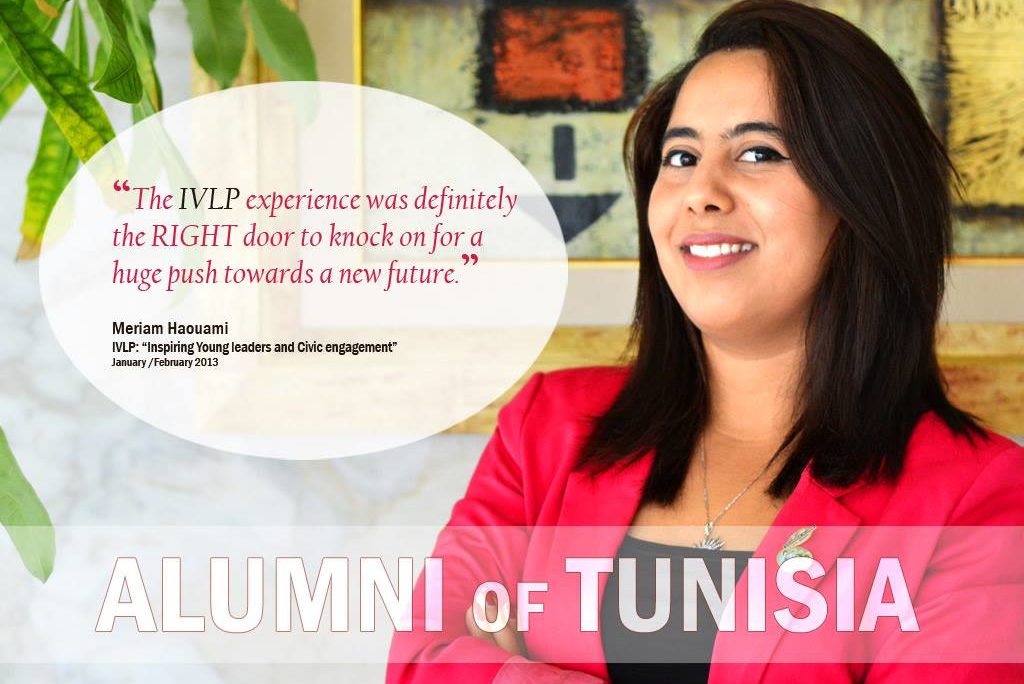 “I might have taken wrong roads, made wrong decisions and choices at times but the IVLP experience was definitely the RIGHT door to knock on for a huge push towards a new future.After all the success stories and the accomplishments that I have been exposed to, I returned home with a major goal: to have my own success story and to do my best to be really an example of what “Inspiring young Leader” should be.Once I got back to Tunisia, I needed to take few weeks to put in order all the thoughts, the ideas and emotions I have been filled with, set priorities and choose a strategy to move forward.I put a note on my desk one day with a quote of Irene Becker that I learnt during my IVLP experience saying “Our greatest power lies in our ability to use what is to create what can be in our self, our lives, our relationships, our leadership and our work”.

The passion about change making has never left me ever since. In fact, a group of friends and I started a new initiative, aiming to prevent children living in difficult situations and dangerous neighborhoods from getting into violence or being seduced by terrorism ideology through a life skills coaching project named “Football For Fun.. Football For Values.”

This project was rewarded in May, 26th 2014, during the celebration of the International Day of Africa, by the former President of the Republic and for that I have been chosen to participate in the African tour as special guest of the Official Tunisian delegation.

Today, this initiative has become a three-day yearly event delivering a peace and fraternity message among all African fellows”.