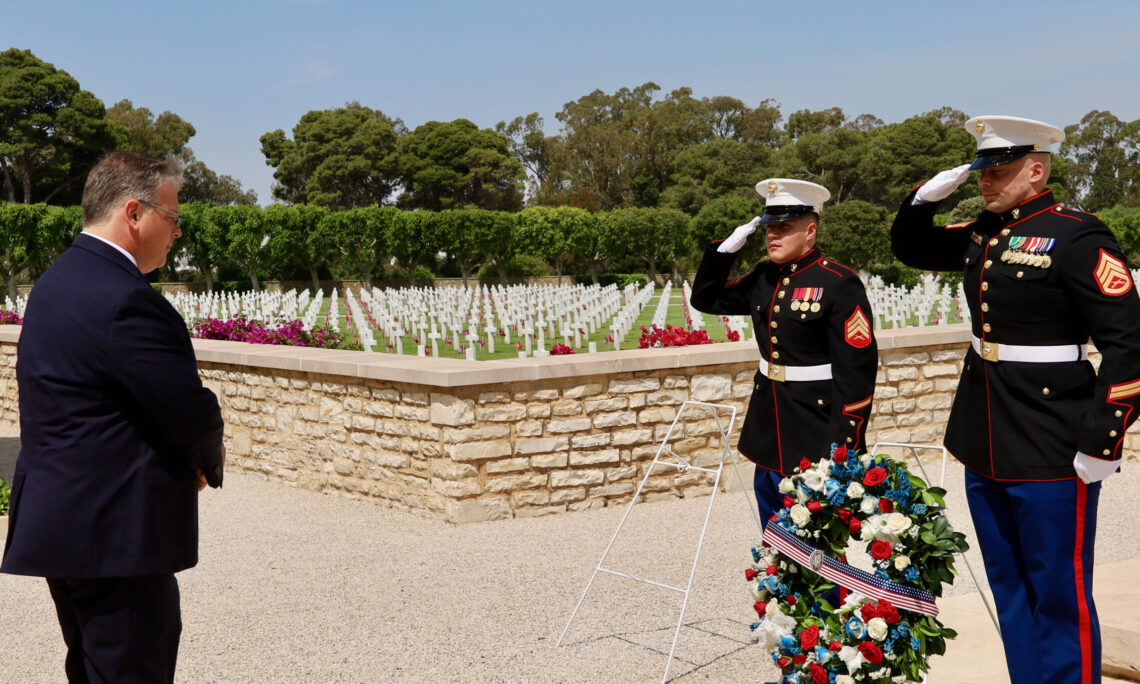 “Memorial Day is a day where we honor those who fought in war and made the ultimate sacrifice so that we could appreciate the privilege of peace and democracy, in both Tunisia and the United States…As we observe Memorial Day at the only American military cemetery on the African continent, hosted for decades by our Tunisian friends, we honor the fallen by strengthening our relationship with peaceful democratic allies, like Tunisia.” – Ambassador Blome.