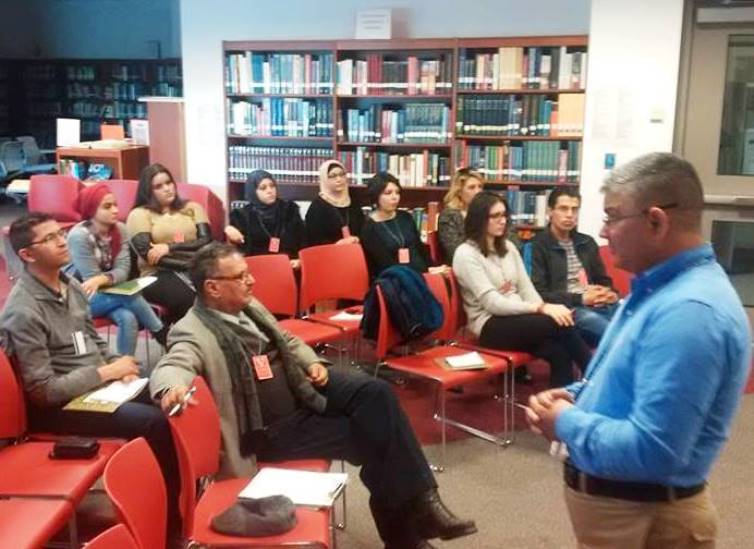 As part of our “Meet a Diplomat” speaker series, Mr. Mohammed Tahir, Information Management Officer, spoke about Diversity and Islam in the United States. After sharing his personal experience as an immigrant through the Diversity Visa Lottery program, Mr. Tahir outlined the significant changes in American society with regard to ethnic diversity. The election of an African American President for the first time in U.S. history stands as a proof of the texture of today’s America. Mr. Tahir traced the history of Muslims in America back to the 14th century with the arrival of Moors expelled from Spain.  He pointed out that Islam is the third largest faith in America and that its followers represent over 0.9% of the population, and live in harmony with other religions. In Mr. Tahir’s words– “just like a Russian Salad.” In the ensuing discussion, the audience compared and contrasted diversity in America and Tunisia, pointing out that diversity  can be a driving force behind the progress of any forward-looking society.