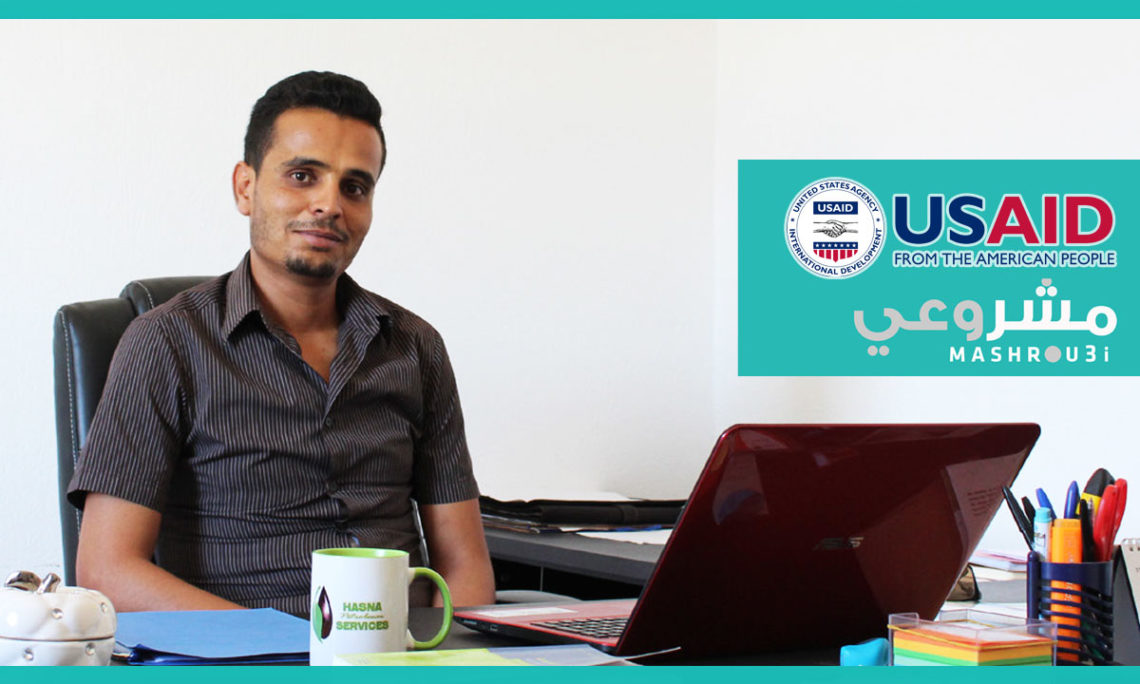 Disposing of chemical wastes, by-products, and residuals has always been a challenge in the chemical and petroleum industries. In Tunisia, these industries have an important role in the country’s economy and the need for disposal by legal, safe and economically effective means has never been greater.

Realizing the business opportunities in hazardous waste treatment, Achref decided to create ‘Hasna Petrolum Services’ to meet the environmental needs of chemical and petroleum industries based largely in Tatouine, in Southern Tunisia.

Achref is originally from Tataouine, but moved to Tunis to study Electromechanical Engineering. After graduating in 2009 he worked in the private sector in the capital city. In 2012, he returned to his hometown and began to work on a feasibility study for ‘Hasna Petrolum Services’ with a focus on the treatment of drilling mud from large oil firms operating in the region. After contacting the banks in 2013 to gain financing for his project, he discovered that he needs a licence to operate, which he obtained a year and a half later.

While trying to obtain the remaining financing for his business and simultaneously working on the construction of his factory and processing laboratory, Achref was selected to receive business coaching from the Mashrou3i project. The business coaching for start-up and established businesses is provided by specialized UNIDO experts with the support of its partners USAID, the Italian Development Cooperation and the HP Foundation.

“The mentoring and business coaching I received from Mashrou3i at the end of 2016 was instrumental in helping me to face a range of business challenges. Thanks to the UNIDO experts, I’ve been able to overcome administrative hurdles and access state subsidies to launch my business. I also received tailored training and support in marketing and communication techniques to develop various promotional tools for the company.”

Officially launched in December 2016, the company’s financing was completed in April 2016 and has already gained its first client – an oil and gas company based in Kef.

“With an expected investment of 810,000 dinars, ‘Hasna Petrolum Services’ will be able to provide 9 permanent jobs with 6 additional jobs at the start of the plant. We ensure a high level of technical work with staff from Tataouine whose training represents a large proportion of the company’s expenditure. Despite all the obstacles encountered, I remain optimistic about the future of my business and my region.”