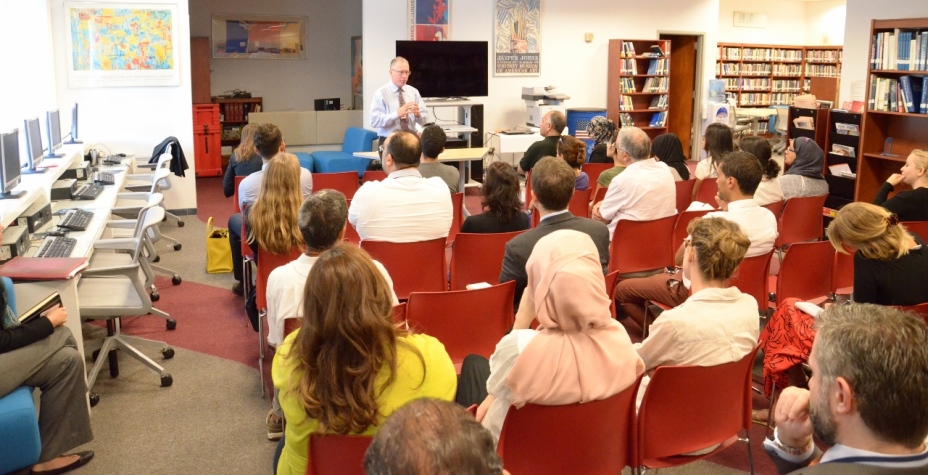 Marc Lynch, Professor of Political Science at George Washington University, gave a talk at the Information Resource Center (IRC) that centered around his latest book The New Arab Wars: Uprisings and Anarchy in the Middle East. Dr. Lynch provided an in-depth analysis of the changing political landscape in the Middle East following the Arab Spring and discussed the rationale behind the mostly controversial outcomes of these revolutions in countries like Egypt, Yemen, Syria and Libya.