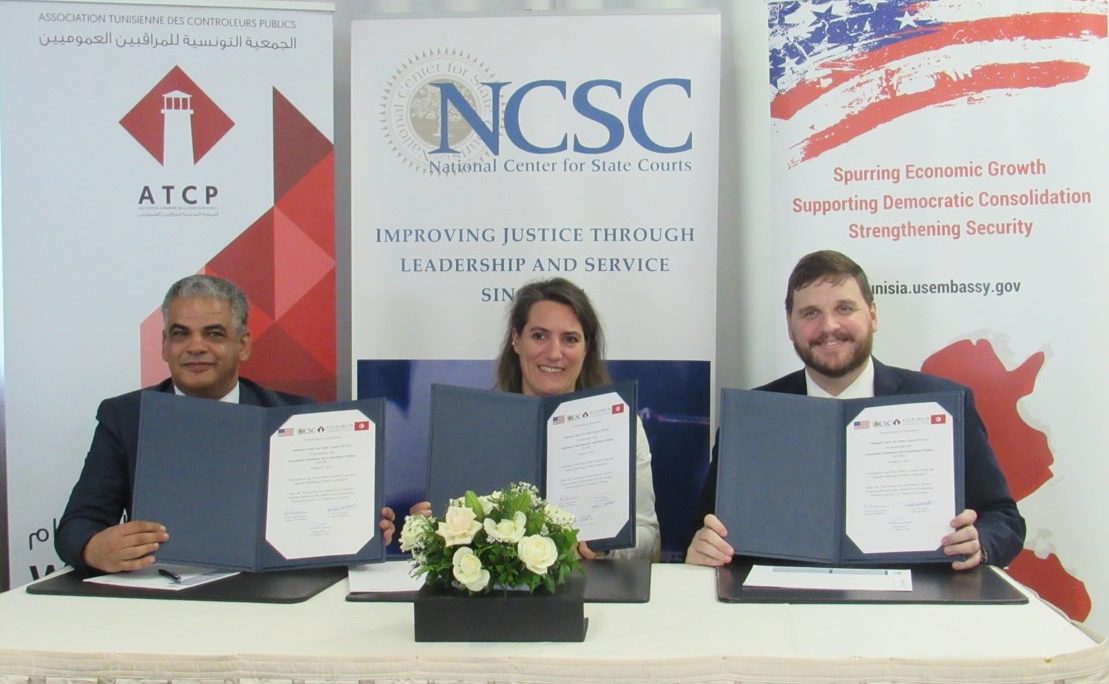 I am delighted to be here with you today.  Mabrouk on successful and transparent elections and good luck on the second round of the presidential elections.  Tunisia’s success since the 2011 revolution continues to inspire people around the world.  As a representative of the United States here in Tunisia, let me express my pride that the U.S. government has provided nearly 5 billion dinars in assistance to the Tunisian people since 2011 to help Tunisia’s democracy, economy and security.

The project we’re launching today is the next phase of assistance aimed at helping the Tunisian-led effort its people to fight corruption in their government and country.  Since 2017, the U.S. Government has invested $4.8 million in this project with the National Center for State Courts (NCSC) to support the Financial Judicial Pole, the Anti-Corruption Commission (INLUCC), the Court of Accounts, and now the Public Auditors’ bodies.  This project is just one part of a full strategy of nine projects worth $8.8 million to assist the efforts of the Tunisian government and civil society in the fight against corruption.

You may be asking why the government of the United States doing this.  What does the U.S. gain from this assistance?  Let me tell you.  Tunisia and the United States have a strong partnership, built on shared interests and values.  The U.S. mission in Tunisia has three goals:  helping the people of Tunisia advance their democracy; helping improve Tunisia’s economic growth and job creation; and, helping Tunisia continue to become safer and more secure.  Each of those goals helps Tunisia to be stronger, which is ultimately to the benefit of the American people, as well as to the Tunisian people.  Unfortunately, corruption is a plague that weakens all three of these goals.  Money that could be used to hire more people instead goes to bribes.  Corruption in government and impunity for the powerful undermines people’s faith in democracy.  So corruption is a blight that we are proud to help the Tunisian people defeat.

On behalf of the Embassy of the United States, I would like to thank the National Center for State Courts and the Tunisian Association for Public Controllers for all the hard work that has already gone into this wonderful project, and for all the effort to put this event together.  I would like thank each of you for taking the time to join us today.  I cannot wait to see the outstanding results that I know this project will produce.