Home Page d'accueil | News and Events | Know America! Who is “Rosie the Riveter”? 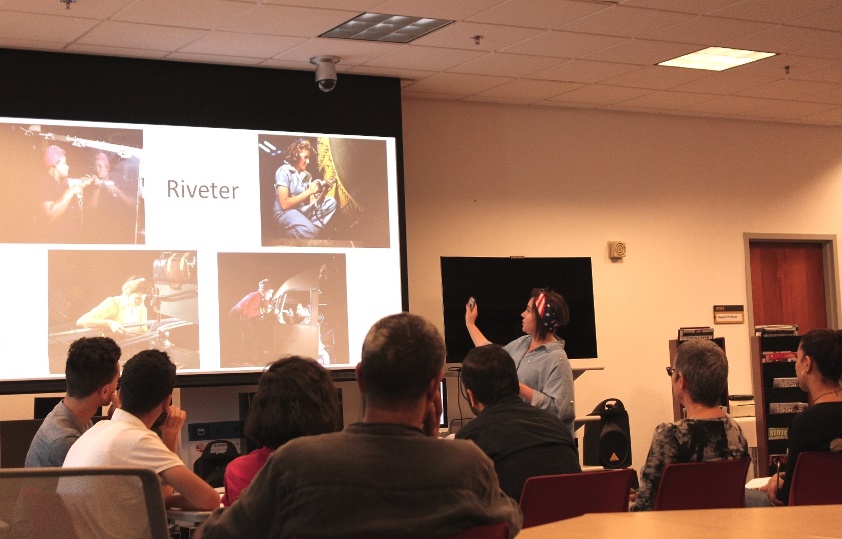 On August 11, the IRC organized an informative session on the role of Rosie the Riveter in America’s history, economy, and women’s rights movement. The session was a chance to learn interactively about the place of the U.S. in WWII, the economic effect of supporting the war effort, and women’s position in the workplace before, during, and after the war.