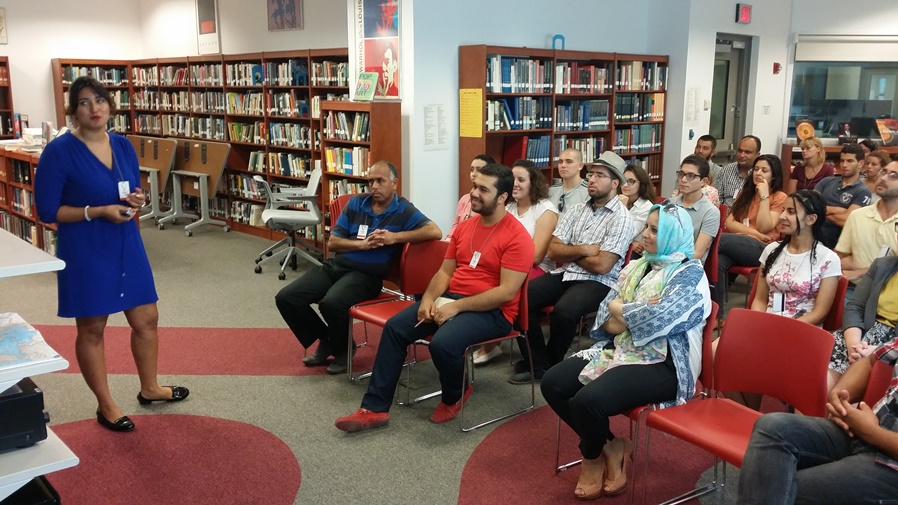 Racha Haffar, Fulbright Foreign Language Teaching Assistant alumna and President of the Not 4 Trade association conducted a workshop entitled “Trafficking in Persons 101” to mark the World Day Against Trafficking in Persons. Racha defined what human trafficking is and helped those in attendance to understand the scope of the problem at the national and international levels. She also discussed the laws enacted by the Tunisian government to protect people against the crime of trafficking. Racha described human trafficking as a form of “modern day slavery” and explained that most victims of trafficking are exploited for sex and/or manual labor and that traffickers use force, fraud and coercion methods to lure their victims. Racha noted that there are not many NGOs in Tunisia focused on the issue of trafficking, but the Not 4 Trade group is working to fight trafficking through educational campaigns in local communities.