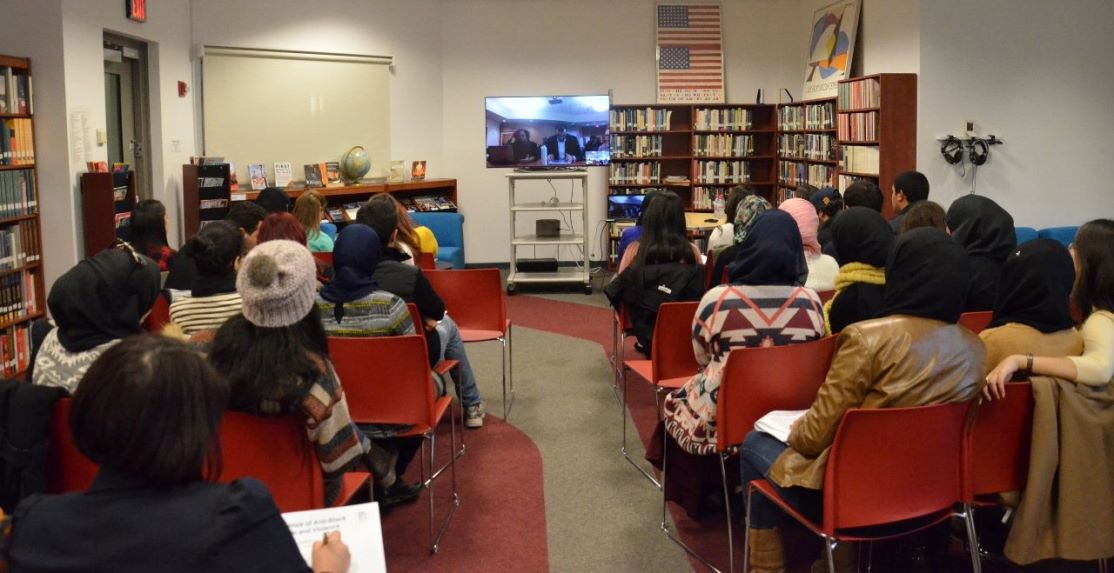 In celebration of Black History Month, the IRC hosted a video conference between students of the University of Nebraska-Lincoln and their peers from the University of Tunis.  Dr. Jeannette Jones,  Associate Professor of History and Ethnic Studies at the University of Nebraska-Lincoln, led the discussion, entitled “The Legacy of the Reconstruction Amendments and the Rise of #BlackLivesMatter.” Dr. Jones  gave an overview of the 13th, 14th and 15th amendments to the U.S. Constitution, which led to the reconstruction of the American South and provided the first legal framework of equal protection under the law for the African-American community.  Tunisian and American students had a lively debate on the Civil Rights Movement under the leadership of Martin Luther King, Jr. and discussed black activism, from the Black Power movement of the 1960’s to the recent #BlackLivesMatter movement.