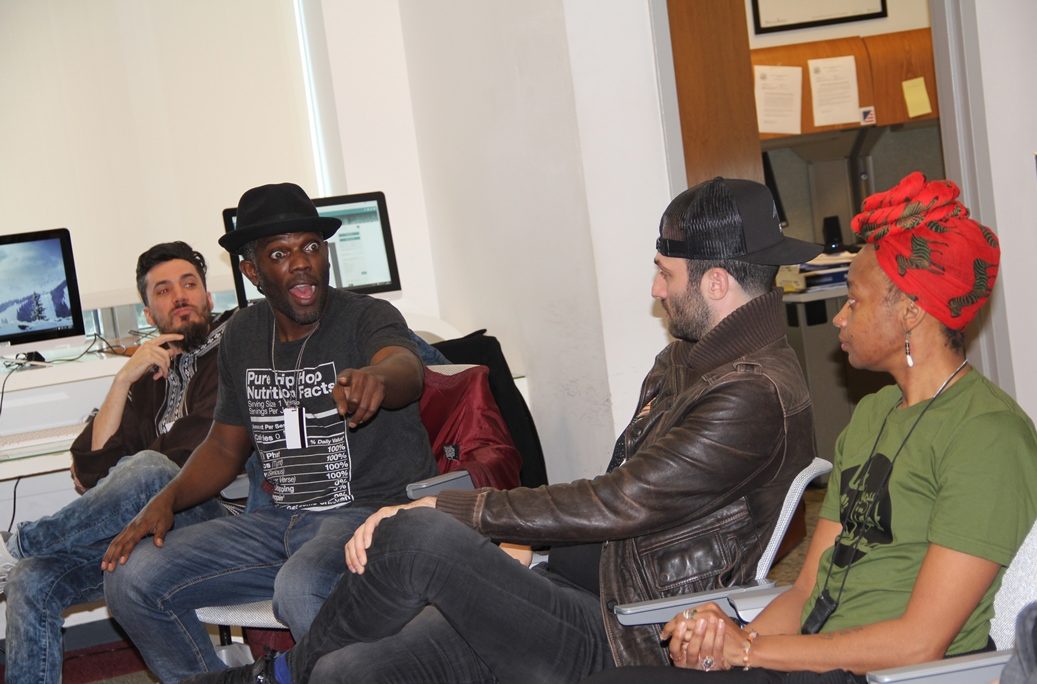 The IRC hosted four American performers who are in Tunis on the week-long Next Level hip-hop program.  The group–an MC, a DJ, a beatmaker and a dancer—began workshops for members of Tunisia’s hip-hop community at the Maison des Jeunes in La Marsa on Monday.  On Wednesday, the hip-hop artists held a session at the IRC and discussed making art and money while also benefiting their communities.