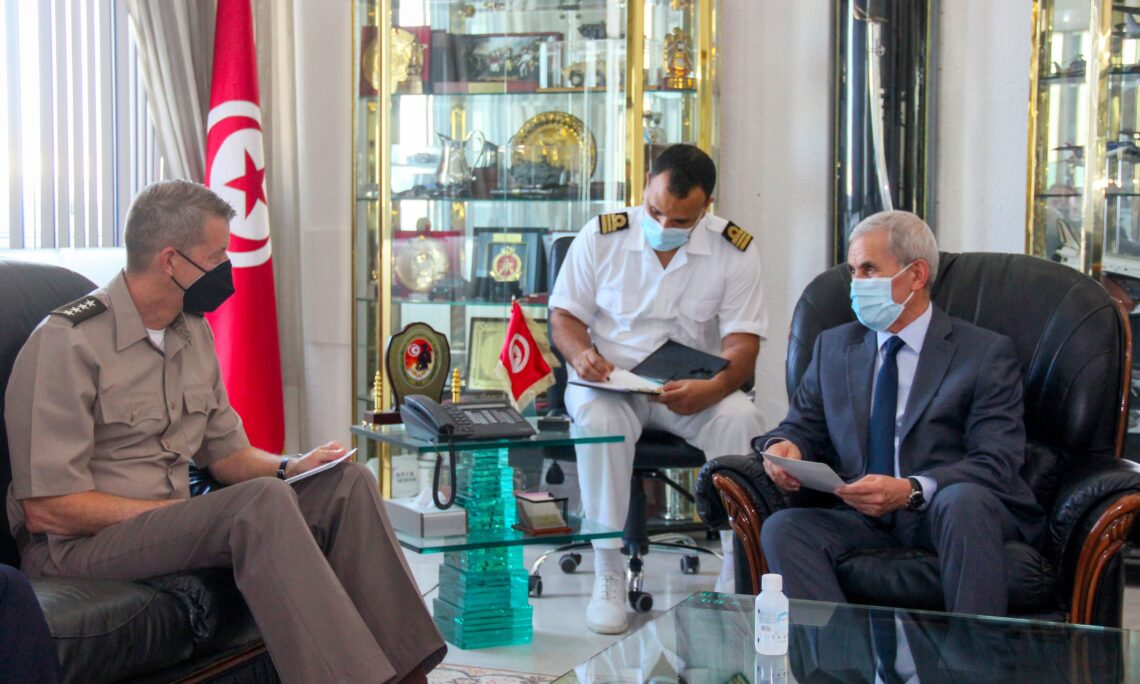 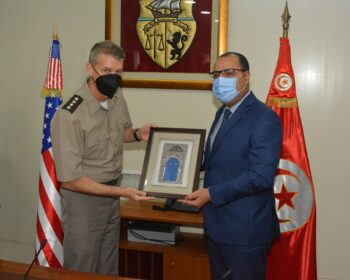 General Daniel R. Hokanson, Chief of the National Guard Bureau, traveled to Tunisia June 15-16, 2021 to further enhance bilateral security and cooperation between the United States and Tunisia through the U.S. National Guard’s State Partnership Program with the State of Wyoming. As part of the visit, General Hockason and Ambassador Blome held meetings with Tunisian Prime Minister Hichem Mechichi and the Minister of Defense Brahim Bartagi. The General also laid a wreath at the North Africa American Cemetery in Carthage, the resting place of more than 2,800 Americans who fought in the North Africa campaign during WWII. 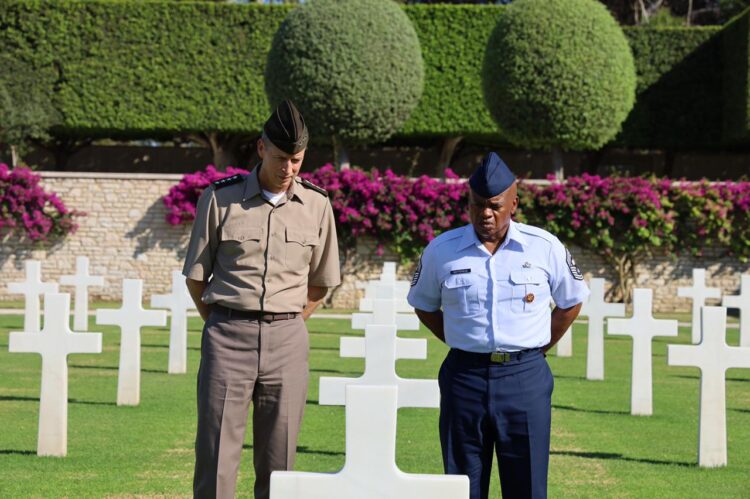