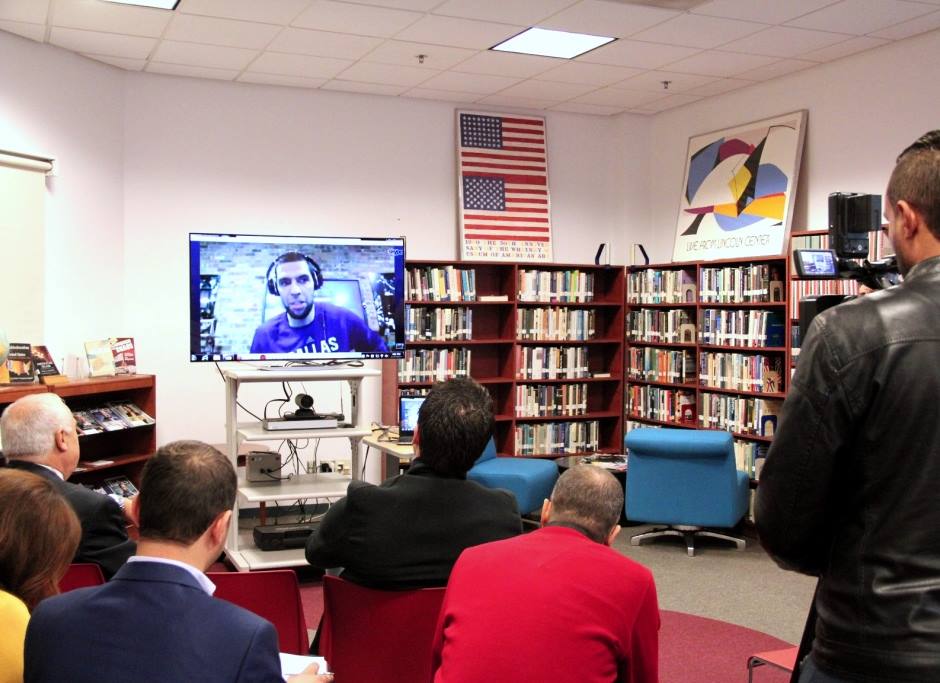 The Embassy hosted Tunisian sports journalists at a Skype press conference with Dallas Mavericks center Salah Mejri, the first Tunisian player in the NBA. The Jendouba-born Mejri signed with the Mavericks on July 30 and played his first NBA game on October 28. He fielded questions about his first month in the NBA, discussed his experiences with the Tunisian National Team and described his career path, which has included stints in the Tunisian Basketball League, the Belgian League, the Spanish League and Euroleague.