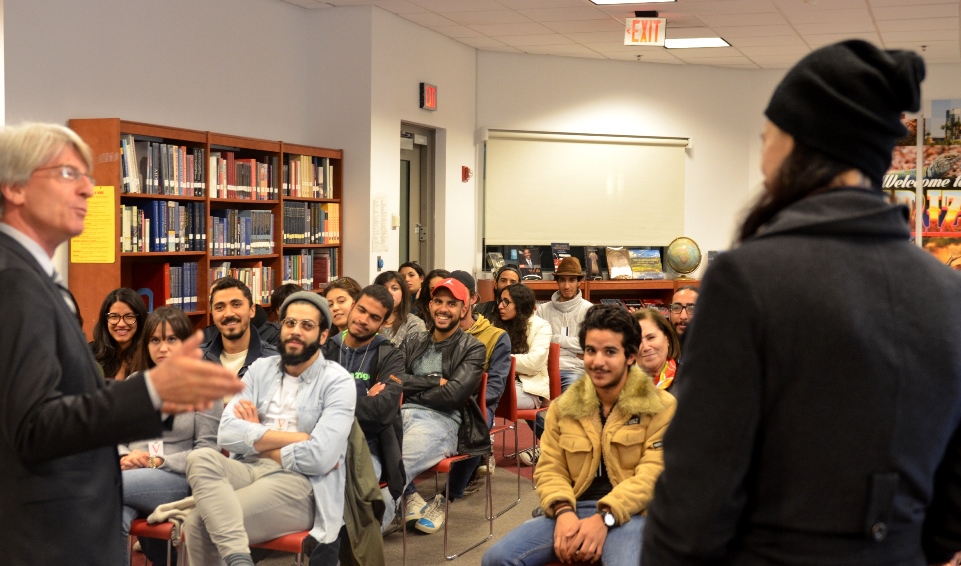 Tunisian students of Audiovisuals, Cinema and Design from University of Carthage in Tunis were gathered to attend the screening of the 2009 Movie, directed by Cherien Dabis, AMREEKA, which is a drama centered on the trials and tribulations of a proud Palestinian Christian immigrant single mother and her teenage son in small town Indiana. The screening of the movie was followed by a discussion with Cherien Dabis. Students asked the Film Director about what it means to be an ethnic American movie maker in the US, about the techniques she used in shooting the movie, and how the current politics relate to the story in movie.