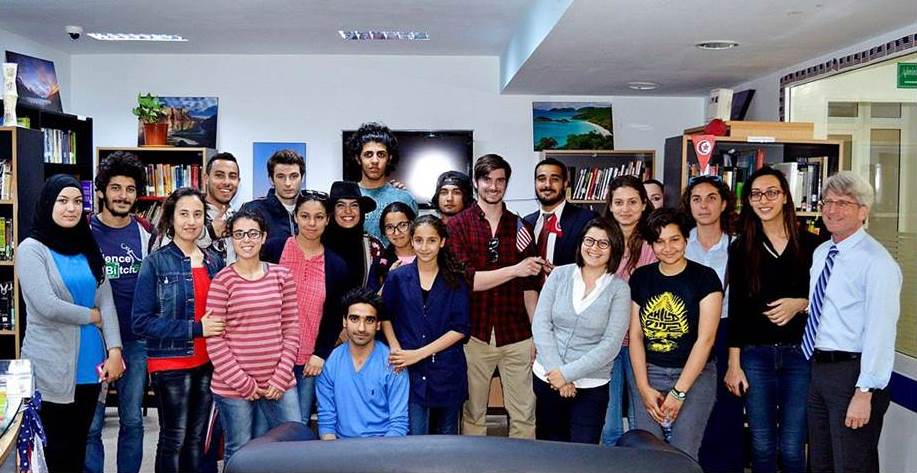 Phil Hessler, a 22-year-old student-turned-filmmaker, came to Tunisia as part of the State Department’s American Film Showcase to screen his documentary Far From Home. The film tells the story of Phil’s adopted brother Brolin Mawejje and his remarkable journey from a tumultuous Ugandan childhood to a new life in the U.S., where he’s working to achieve two goals: to become an Olympic snowboarder and a doctor.
The project began when Phil was 19, when he and his friends, who had no filmmaking experience, set out to make a movie about Brolin’s journey. Over the next three years, Phil and his partners learned how to raise funds, shoot complicated snowboarding action sequences, edit films and pitch ideas to production companies. Their hard work paid off: Far from Home was sold to Red Bull TV and has been shown in almost 40 film festivals around the world.
The Tunisians who saw the film were inspired by the message of both young men’s stories: to pursue your passions.