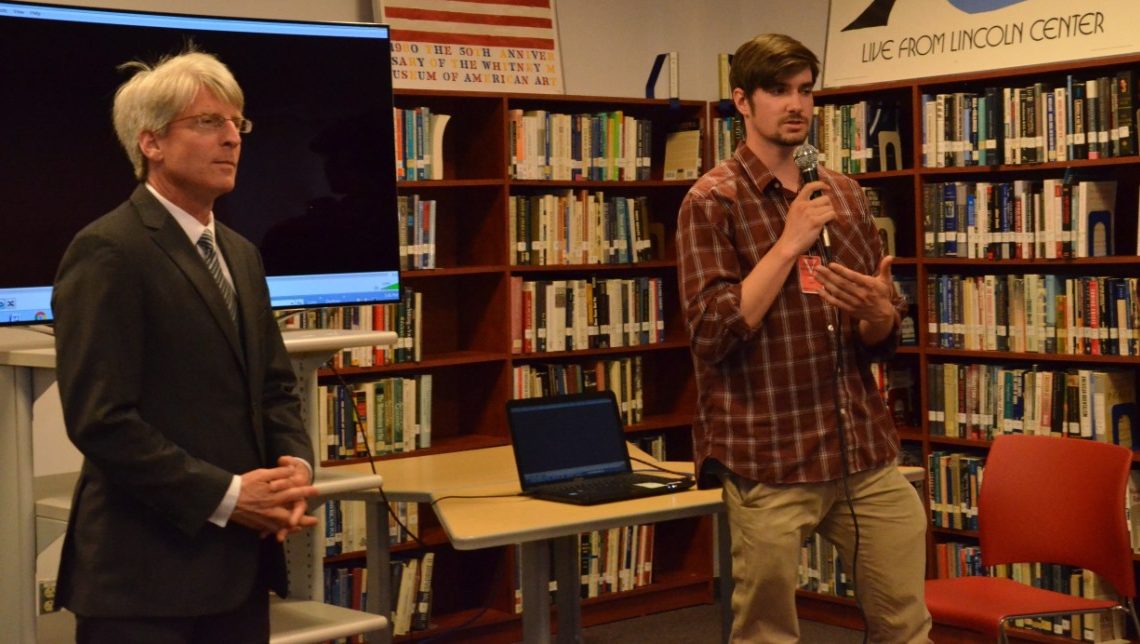 The Information Resource Center (IRC) hosted a viewing of the independent documentary film “Far From Home,” which follows the journey of Brolin Mawejje from Uganda to the U.S. and ultimately to the international snowboard circuit.  The documentary explores Brolin’s complicated family life, his gifted athletic abilities, and his desire to represent Uganda as the first African snowboarder to compete in the Olympic Games.  In addition, the film examines how Brolin balances his Olympic pursuits with his passion to become a doctor.

Brolin’s story is not the only “American dream” encompassed by “Far From Home.”  Phil Hessler, Brolin’s fellow snowboard enthusiast, adopted brother, and the co-director and producer of the film, explained to the audience the long and difficult process of bringing the film to life.   The development of the film from idea to a fully-funded reality exemplifies an American ideal—that a group of passionate people with a dream and desire can see something through to fruition.  Phil explained that drive and desire to the audience, noting “We realized how much potential this story held so we decided to embark on a journey to tell Brolin’s story to the world, not just making a snowboarding film, but making it our priority to inspire people to follow their own dreams regardless of what stands in the way.”