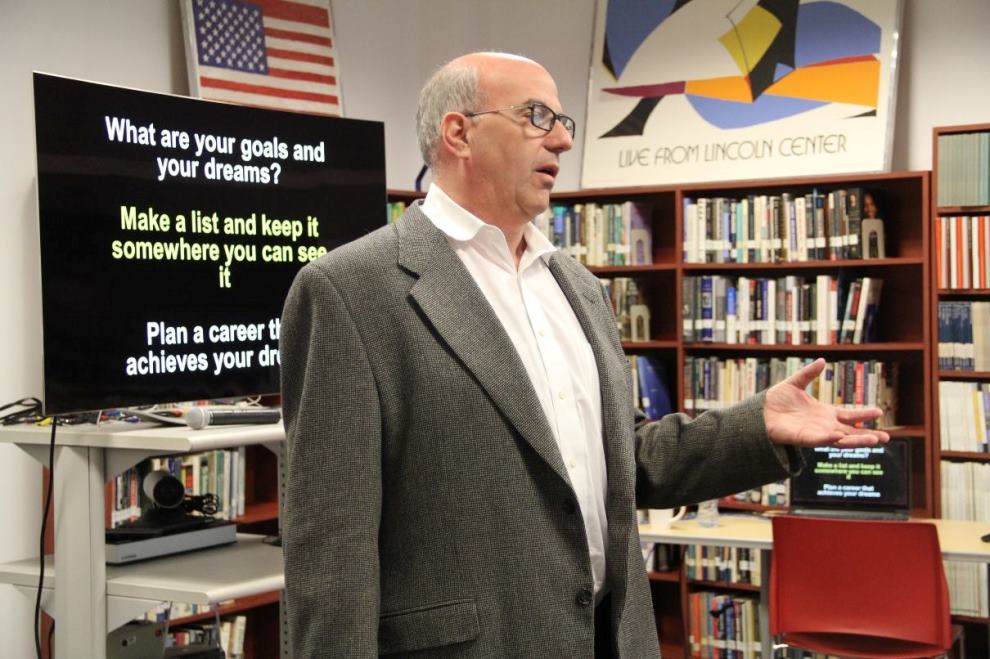 Drawing on his extensive experience in coaching young entrepreneurs, Jeff Hoffman, Co-founder of ColorJar and a founding member of Priceline.com, provided useful tips to more than 120 participants in Tunis, Sousse and Sfax on how to build a successful start-up. According to Jeff, “Following operational excellence in business is what brings you the money.” For Jeff, an entrepreneur does not harvest new ideas in an office far from his customers. An entrepreneur doesn’t take “no” for an answer and works to change the reality around him. Excellence in business is based on the esprit de corps nurtured among team members and success is only possible after setting clear objectives and working towards them. In response to a question from the audience regarding what makes a successful entrepreneur, Jeff delighted the audience with his description. “An entrepreneur jumps from a mountain and tries to build a plane on his way down.”