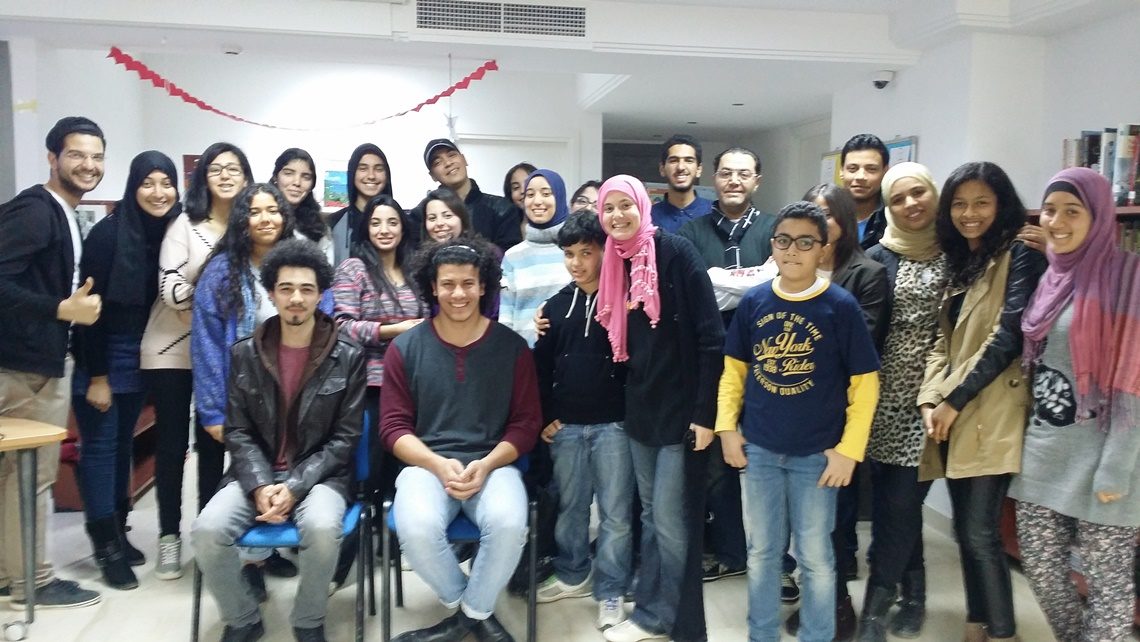 Two Sousse high-school students who created a YouTube series called “Draw My Science” visited the American Corner Tunis to share their videos with a  group of about 20 students.  Baha Lajmi and Fahd Baaziz use colorful drawings and simple language to create the Arabic-language videos, which explain scientific subjects to a young audience.    At the Corner, they showed some of their videos and then discussed them with the students.  In addition to the Youtube channel, which launched in May 2015, “Draw My Science has a companion Facebook page.