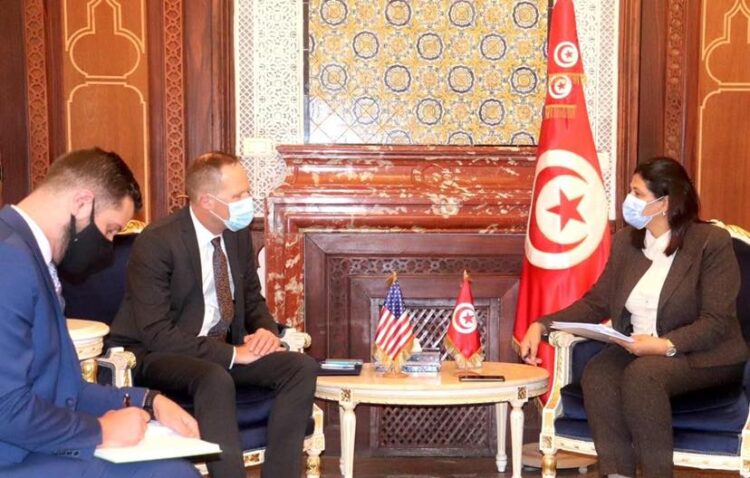 Deputy Assistant Secretary of the Treasury for Africa and the Middle East, Eric Meyer, traveled to Tunis, Tunisia on November 21. During his visit, the Deputy Assistant Secretary met with senior government officials, including Minister of Finance, Sihem Boughdiri, and Central Bank Governor, Marouane Abassi.
During the meetings, the Deputy Assistant Secretary noted the importance of continued constructive economic dialogue and engagement with Tunisian stakeholders, the International Financial Institutions, and partners, including the United States. He urged the Tunisian Government to take action on the range of structural reforms needed to shift Tunisia’s economy and public finances onto a sustainable track and create the foundations for growth and job creation that provide opportunities for all Tunisians. He noted that the implementation of these reforms is also the basis for continued strong economic support from Tunisia’s international partners, including the United States. He underscored the need for Tunisia to urgently address these challenges to avoid a further deterioration in public finances and its economy.