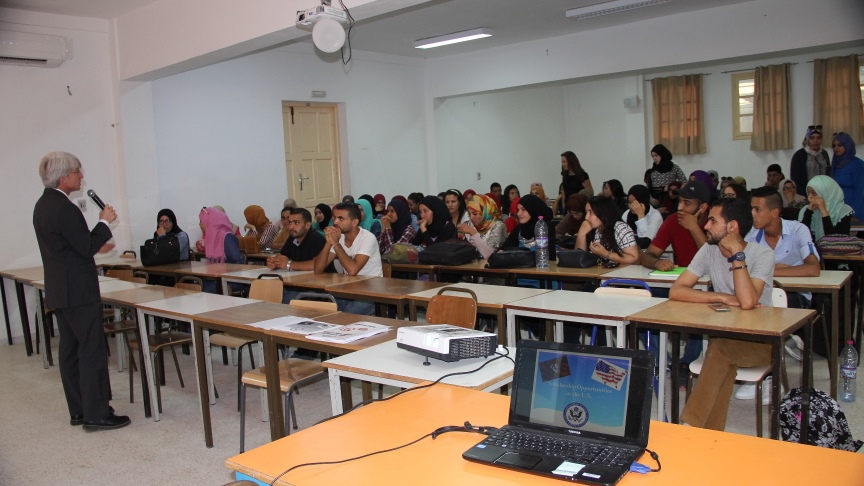 U.S. Embassy Cultural Affairs Officer Greg McElwain met and spoke with over a hundred students and teachers during his visit to schools in Gabes and Tozeur. He shared information about the U.S. Department of State’s academic and professional exchange programs.

Thank you to all the directors of the schools for their kind cooperation as well as the attendees for their hospitality and interest in our programs.